"What the Plus?" - A Talk with Guy Kawasaki 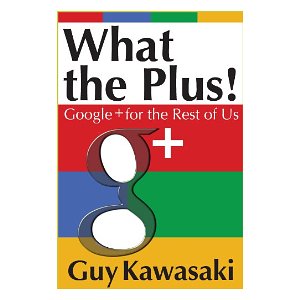 As a Silicon Valley best-selling author, venture capitalist, speaker, business founder, and former chief evangelist at Apple, Guy Kawasaki has accomplished more in one lifetime than most people would in three. (And that's assuming they get reincarnated, which is asking a lot.)

Omnivoracious caught up with Kawasaki to discuss his new book What the Plus! Google+ for the Rest of Us, what else he's reading, hockey, and more.

Omnivoracious: It’s been 25 years since you wrote The Macintosh Way. Until recently, that was the only book you’d written about a product. Now you’ve published What the Plus!, which came flying out of the gate at Amazon and has received truly stellar customer reviews. What is it about Google+ that made you decide to write a book about it?

Guy Kawasaki: Two things: first, I love to use Google+ just like I loved to use a Macintosh. It "speaks to me" because of it's elegant design, ability to edit, and beautiful integration of pictures. Second, I saw that people weren't "getting it" and experts predicted its failure--which is exactly what happened with Macintosh. This just rankles my soul.

Omni: Is it just a matter of time before the general public starts catching on to Google+ or is it more complicated than that?

My advice is that Google+ is a land grab. In the 1800s it didn't make sense to buy land in a village like San Francisco, but if you knew what was to come, you certainly would stake your claim. In the meantime, businesses should at least grab their fan page names on Google+ and familiarize themselves with Google+. 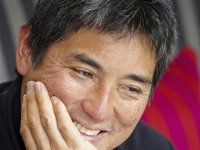 Omni: You did two tours at Apple. How has it changed in the time since you’ve been there?

Omni: Did you read Walter Isaacson’s Steve Jobs biography? What did you think of the book?

Guy Kawasaki: I didn't read it. There was little upside for me to read it: if it chronicled things as I remember them, then it's redundant with my experiences. If it didn't, it would aggravate me. So, the rational thing is to not read the book.

Omni: You’ve had a fascinating career so far. Apple employee, author, speaker, tech expert, evangelist, hockey enthusiast, business founder, investor. Has it all been planned? Any of it? How do you describe what you do, and how can others do it?

Guy Kawasaki: Planned? Not at all. I never thought I'd would be a writer--my high school English teacher is in Heaven doubled over in amazement that I've written eleven books. I was terrified of speaking early in my career--now I speak seventy-five times a year. I took up hockey at forty-eight having never skated in my life.

Very little is planned. The core of my existence, and how I define myself, is as a father. As a father, I must provide for my family--ergo, I speak, write, endorse, and advise. I also need to live long--ergo, I play a very aerobic sport. And, as a father, I will not get on a plane for free except for SXSW.

Omni: Speaking of hockey, do you have a favorite team? Would your perfect life trajectory have you owning a team or playing for one?

As I said, I started playing hockey at forty-eight--that's forty-four years too late. But now I play five times a week. I'm a Canadian stuck in a Hawaiian body.

Omni: Are you still blogging? What advice would you give aspiring bloggers?

Guy Kawasaki: I don't blog anymore. I am prolific on Google+ and Facebook, but not on my blog. I have run of of original ideas, so I've become more of a curator than a creator, and Google+ is the ultimate platform for a curator.

Guy Kawasaki: Thanks to Kindle, I read a new book every seven days or so. I've bought three printed books and sixty Kindle books in the past three years. I'm a big fan of Daniel Silva, David Baldacci, Lee Child, Tom Clancy, and John Grisham. I almost never read non-fiction. Give me a book by any of these guys, and I'm good to go.

Omni: But people should buy What the Plus! first, right?

Guy Kawasaki: Not necessarily...only if they want to learn what the heck is so cool about Google+ and how it's different from Twitter and Facebook. In mystery/thriller terms, people can think of me as the Jack Reacher of social media.

Guy Kawasaki is the author of eleven books including What the Plus!, Reality Check, The Art of the Start, Rules for Revolutionaries, How to Drive Your Competition Crazy, Selling the Dream, and The Macintosh Way. He is also the co-founder of Alltop.com, an “online magazine rack” of popular topics on the web, and a founding partner at Garage Technology Ventures. Previously, he was the chief evangelist of Apple. Kawasaki has a BA from Stanford University and an MBA from UCLA as well as an honorary doctorate from Babson College.