I'm really looking forward to taking some time off over the holidays, and one of the things I'm planning to do is some good old tv binge-watching.  The shows I want to see?  Book related, of course. Below are a handful of recently released (and one upcoming) tv series adapted from books across a variety of genres including science fiction, graphic novels, mystery, and horror.  Can't think of a better way to while away a long weekend than nestling into the couch with a few good novels and some book-to-screen time. 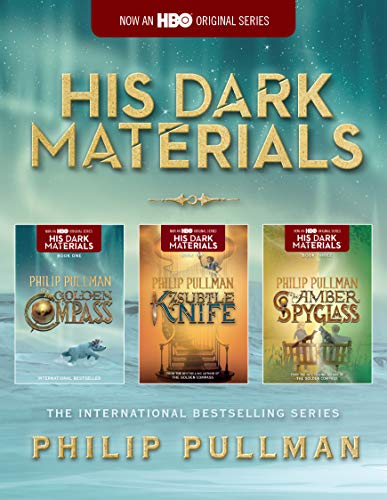 I've already started this HBO original series and am loving it so far. Pullman's concepts and imagination are tough to capture successfully (as evidenced by the film adaption of The Golden Compass some years back), but the creators behind the show are seem to be pulling it off.  I'm on the third episode and this first season is devoted to The Golden Compass, the first book in the His Dark Materials trilogy.  Lyra, a feisty, orphaned girl with an extraordinary destiny encounters all manner of magic, mystery, evil, and science, on a quest to find her missing friend Roger.  A second season has already been filmed, covering the events of book two, The Subtle Knife, so if you haven't read this trilogy and want to read it before you see it, there is still plenty of time. It probably goes without saying that once you've jumped into Pullman's world, book three is a foregone conclusion.

For those of you who've read His Dark Materials, I highly recommend The Book of Dust trilogy. Set in the same world as His Dark Materials, the second volume The Secret of the Commonwealth just released this fall, and both books are really fantastic.

*The Secret of the Commonwealth is one of our editors' picks for the Top 20 young adult books of 2019.

In the Woods by Tana French

I'm a huge reader/pusher of Tana French.  She's one of my absolute favorite mystery authors and the folks at Penguin Books know that if they tell me she has a new book coming out, I will haunt their Inbox until I get a chance to read it.  So, as you might imagine, I was pretty excited to hear about the new tv series on STARZ called Dublin Murders, adapted from French's first two novels, In the Woods and The Likeness.  I've only seen two episodes thus far, but I'm totally in.  It's been a long time since I read the books and I've really enjoyed returning to French's characters and plot twists.  Both of these books would make great holiday vacation reading since once you start, it's hard to put either of them down.

The Expanse Boxed Set by James S. A. Corey

An epic science fiction series adapted from the novels by James S.A. Corey, the first season aired back in 2015, and Expanse has become something of a cult hit.  The king of sci-fi himself, George R. R. Martin, called the books "Interplanetary adventure the way it ought to be written."  Set in a future where our solar system has been colonized, the Captain of a mining ship working on Saturn stumbles across a dangerous secret. Meanwhile, a detective searching for a missing girl follows a path that leads him to the Captain and together they face high powered adversaries and a brewing interplanetary war.  The show went for three seasons and was cancelled by it's original network but was brought back as a Prime Original to the joy of its many fans. A good one to start if you want a series that already has a few seasons under its belt.

Author Alan Moore has already seen highly successful film adaptations of some of his other works, V is for Vendetta and Batman. Watchman, a graphic novel that presents an alternate history where  fallen superheros are being hunted, has also already had it's moment on the big screen but this new adaptation as an HBO original series is getting high marks from viewers and quickly amassing a loyal following. 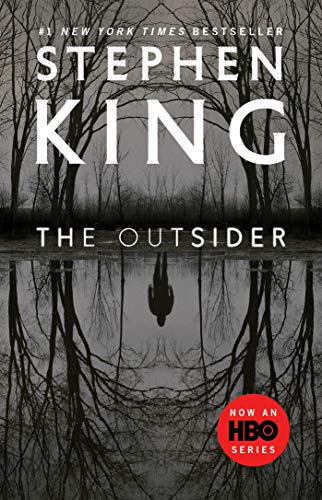 The Outsider by Stephen King

Something to look forward to in the new year, this new HBO original series based on Stephen King's bestselling novel The Outsider will premiere on January 12th for a ten-episode season.  Dark and creepy, the story follows a grisly murder and an investigation that seems straightforward, but then takes a supernatural turn. I haven't read the novel yet, so am putting it on the top of the reading pile so I can see how the series adaptation compares to King's original story.