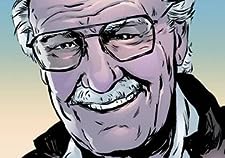 Stan Lee, one of the comics industry's most well-known creators and visionaries, died on Monday, November 12, in Los Angeles. Lee, while partnered with artists Jack Kirby and Steve Ditko, developed some of Marvel's most enduring superheroes, including Spider-Man, the Incredible Hulk, Thor, and Iron Man, which dominate pop culture today.

"Stan Lee was as extraordinary as the characters he created. A super hero in his own right to Marvel fans around the world, Stan had the power to inspire, to entertain, and to connect. The scale of his imagination was only exceeded by the size of his heart," said Bob Iger, Chairman and CEO, The Walt Disney Company, which purchased Marvel Entertainment in 2009.

Born as Stanley Martin Lieber to Romanian immigrant parents in New York City, Lee first worked in comics at Timely Comics. Lee used several pseudonyms as a writer, explaining later that he was concerned that he'd ruin his literary reputation if it was later known that he'd written for comic books. But comics—and especially promoting the superhero genre—was where Lee's genius lay and where his reputation was eventually made.

In the late 1950s, DC Comics had revived the comics superhero with the Flash and the Justice League. Stan Lee and Jack Kirby countered in 1961 with the immediately popular Fantastic Four and a rebranding of the company, which would henceforth be known as Marvel. More superheroes followed, each with his or her own brand of flaws and emotional angst. In 1962, Steve Ditko and Stan Lee created Spider-Man, Marvel's most successful superhero.

At times, Lee's real-life world was as dramatic as that of his on-page characters. A lawsuit erupted between Lee and Marvel over Lee not receiving proceeds related to the Marvel films, which was settled in 2005. This year, Lee filed and then dropped a lawsuit against POW! Entertainment, which he had co-founded, for $1 billion.