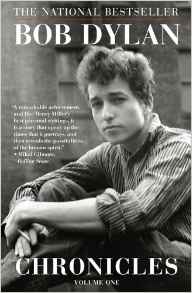 Today the Swedish Academy awarded Bob Dylan the Nobel Prize in Literature "for having created new poetic expressions within the great American song tradition." In her announcement, Sara Danius, Permanent Secretary of the Swedish Academy, added, "For 54 years now he has been at it and reinventing himself, constantly creating a new identity."

The award for the singer-songwriter comes as something of a surprise. Though he has been a prolific and influential artist since the early 1960s--many of his albums including Highway 61 Revisited, Blonde on Blonde, and Blood on the Tracks are widely considered era-defining classics--his prose work is highlighted by his 2004 memoir Chronicles (cryptically subtitled Volume 1; volume two has yet to appear) and a stream-of-consciousness novel, Tarantula. Born Robert Zimmerman, the 75-year-old is also the first American to win the award since Toni Morrison in 1993.

The prize is given for a body of work, rather than a single title. Previous Nobel laureates include Alice Munro, Günter Grass, Nadine Gordimer, and Saul Bellow. Coincidentally, Dario Fo, the Italian playwright who was awarded the 1997 Nobel in Literature for his satires died Thursday in Milan at the age of 90. He is perhaps best known for his play Accidental Death of an Anarchist.