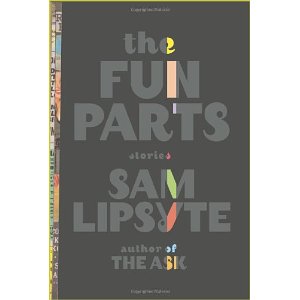 Sam Lipsyte is a writer who has been called "a literary rock star" and "a mordant jokester with a madman's imagination." And that was just in one sentence.

If you are unfamiliar with Lipsyte's work, Janet Maslin's recent New York Times review of his short story collection The Fun Parts would be a good place to start. She summarizes the humor, wisdom, empathy, and strangeness that defines his work; and she ends her review with the above-mentioned effusive sentence.

The Amazon editors fall decidedly in the Maslin camp. We'd already picked The Fun Parts as a March Best Book of the Month in Literature & Fiction when we learned that Sam Lipsyte was coming to Seattle, and we jumped on the chance to have lunch with him. We found him to be laid back and friendly (see accompanying post-lunch photo--Sam is wearing his Seattle plaid), the kind of guy who drops knowledge and jokes the way the Easter bunny drops colored eggs. 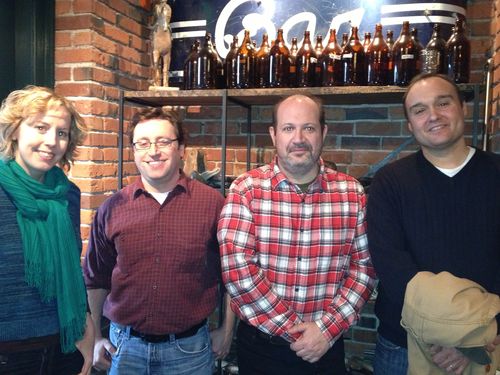 When you're talking to an author whose work has appeared in The Paris Review and The New Yorker, and when that author also teaches Creative Writing at Columbia, the tendency is to ask him a lot of questions about writing. One of the questions we asked was how Lipsyte's approach to writing has changed over the years. In response, he described a scene that might be familiar to some of you writers out there: in the beginning, he said, before he had kids and a teaching gig, he would wake up and drink a lot of coffee in order to get fired up to write; but then he would drink too much coffee and enter what a friend of his calls "the jo-hole," after which he'd have to take a nap to calm down, followed by waking up again, drinking more coffee, and getting four or five hours of writing done in the late afternoon or early evening.

A follow-up question was asked about how he approached writing now that his life was significantly more complicated. "I write when I can find time," Lipsyte said. Then he explained that a teacher of his had once stressed the importance of "checking in" with one's work every day, even if it was only for twenty minutes.

For more on Sam Lipsyte, see here and here.