Inside the Lab: "Modernist Bread" 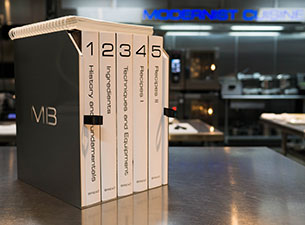 In 2011 Nathan Myhrvold and Chris Young got foodies and book people talking when they released Modernist Cuisine: a ground-breaking five-volume set of books with a list price of $625.  Would anyone want to pay that much for a set of cookbooks?  Yes, yes, they did.  Fast forward to November 2017: Myhrvold is at it again, this time with chef Francisco Migoya and together they created Modernist Bread.   To say this box set is amazing would be an understatement.  Modernist Bread marries art and function the way Modernist Cuisine does, only better.  These are people who asked themselves, what could we improve?  And then they did it.

In Modernist Bread you'll learn everything from the anthropology of bread around the globe, to the DIY of making your own Tandoori oven with around $300 and a trip to Home Depot.  The 1200 recipes are for anyone who wants to bake bread, whether it's your first rodeo or you're a seasoned baker looking for something special.

The Modernist Cuisine kitchen is located here in the greater Seattle area and we had the opportunity to take a tour of the facility, talk to chef and co-author Francisco Migoya about the three-year process of creating Modernist Bread, and see some of what they have brewing.  The kitchen consists of three environments--professional, lab, and home, with equipment to match.  Each and every recipe in Modernist Bread was tested within these environments, using different mixers (including by hand), proofers, and ovens, and utilizing kitchen hacks like using a wine cooler for fermenting dough. To complete Modernist Bread, Migoya, Myhrvold, and their three R&D chefs conducted 1500 experiments over three years.

Believe me when I say that the Modernist Cuisine kitchen is like nothing you've ever seen--KitchenAid mixers share space with a centrifuge; most of one wall is taken up by a wood-fired oven, a combi oven, a deck oven, and an old not-so-great oven that I think I had in an apartment many years ago.  This returns to the overall sensibility of the Modernist Bread--each recipe needs to work regardless of professional or home equipment. 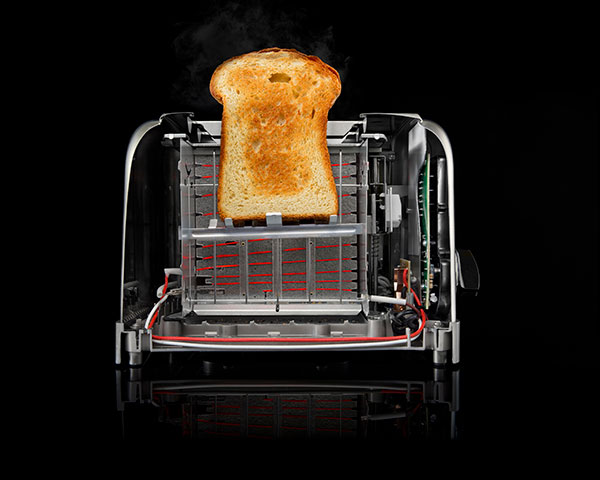 Below are some photos from our visit and some of what we learned from Migoya as he showed us around.  I've also included a couple of the incredibly creative bread-based dishes Migoya developed for the launch party of the book.

Rotary Evaporator: Migoya explains how this works as "boiling without heat."  They used it to make toasted brioche vodka - the recipe for which is sadly not in the book.  Migoya says they use the lab equipment for experiments, developing recipes, and just for fun.  Toasted brioche vodka?  Why not!? 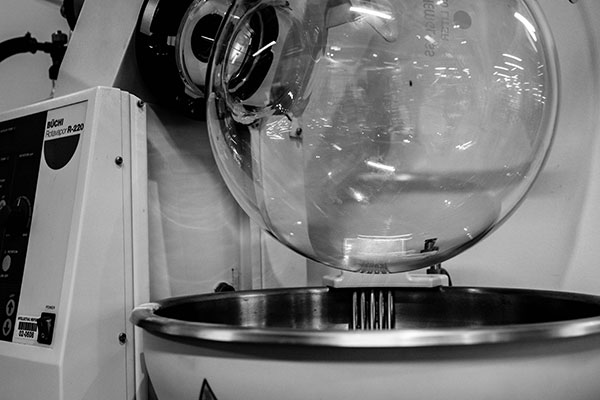 Bread in Jars:  Developed for the book, the breads you see below are nearly nine months old.  The bread is baked in the jar and allowed to cool creating a natural canning seal.  The bread doesn't go stale or mold.  It's crazy.  They've found this method works particularly well for panettone, brioche, pumpernickel, and pizza-in-a-jar. 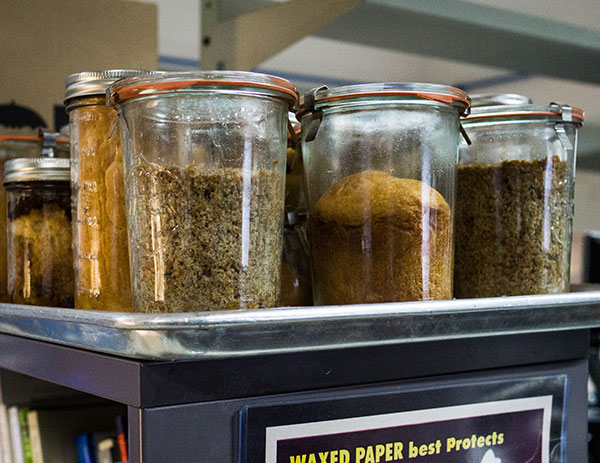 Bread Man: Also created for Modernist Bread, Migoya designed this bread sculpture (he's also an extremely talented artist we discovered) then baked and assembled each piece with the help of the R&D team for photographing. 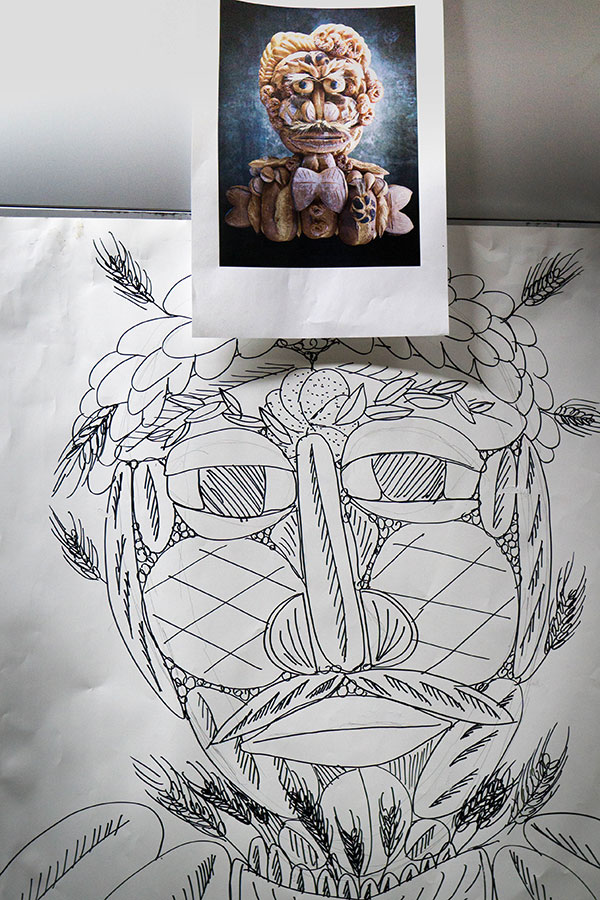 Modernist Rolling Pin: There's a row of rolling pins hanging on one wall (near the centrifuge) that includes not just the usual suspects but also pins that are pink, checkerboard design, and this custom made one.  The rolling pins are attached to the wall using they type of coat hooks you'd find at any hardware store.  This place is all about both wild complexity and elegant simplicity. 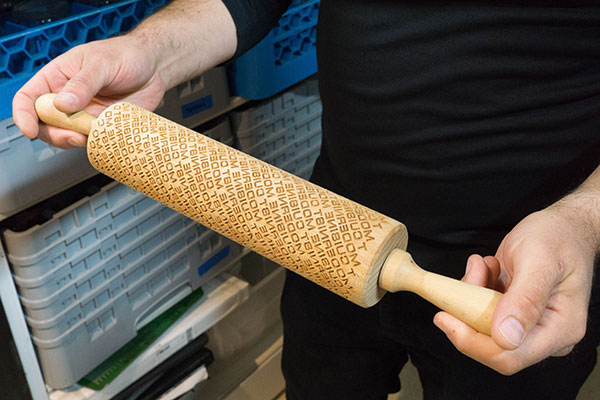 Francisco Migoya in front of the oven wall: The secret to making good bread in a mediocre home over?  Cast iron.  Apparently those ceramic bread baking dishes you often see are the worst for getting a good result.  Especially the white ones.  Heavy black cast iron -- a $35 investment worth every penny. 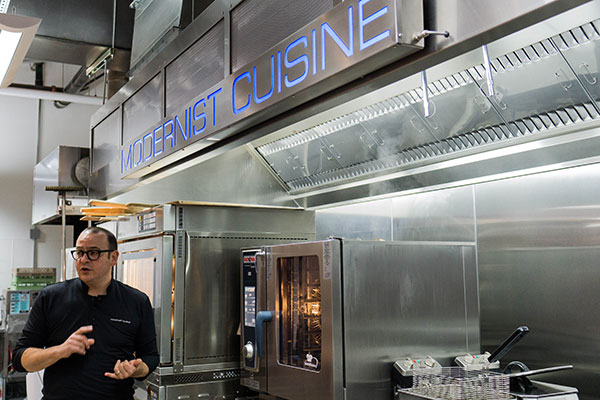 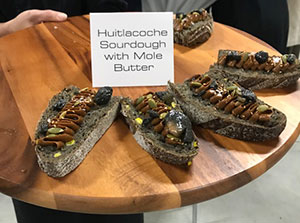 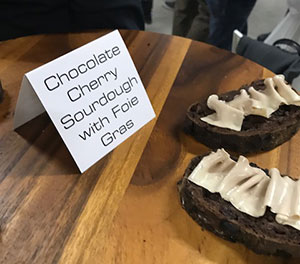 Dark rye turned on it's head: 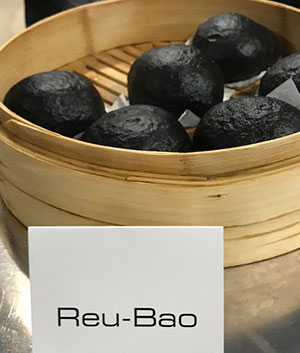 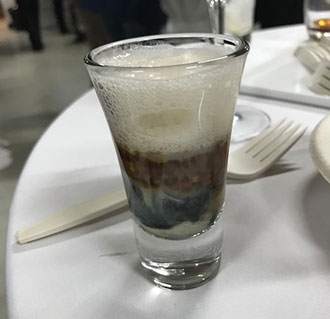 The covers of all six volumes of Modernist Bread (images courtesy of Cooking Labs, LLC) 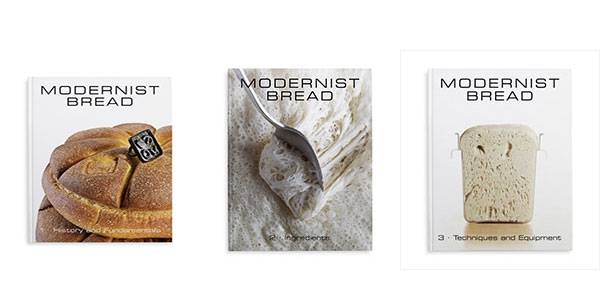 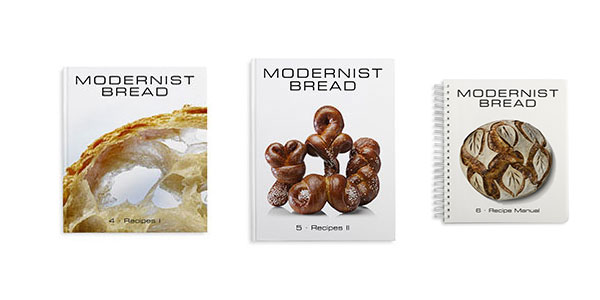 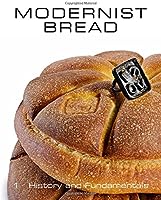 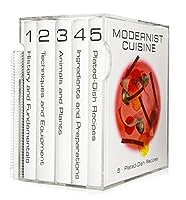