"Well, it's like rock and roll. You get it or you don't. You can't really explain it." 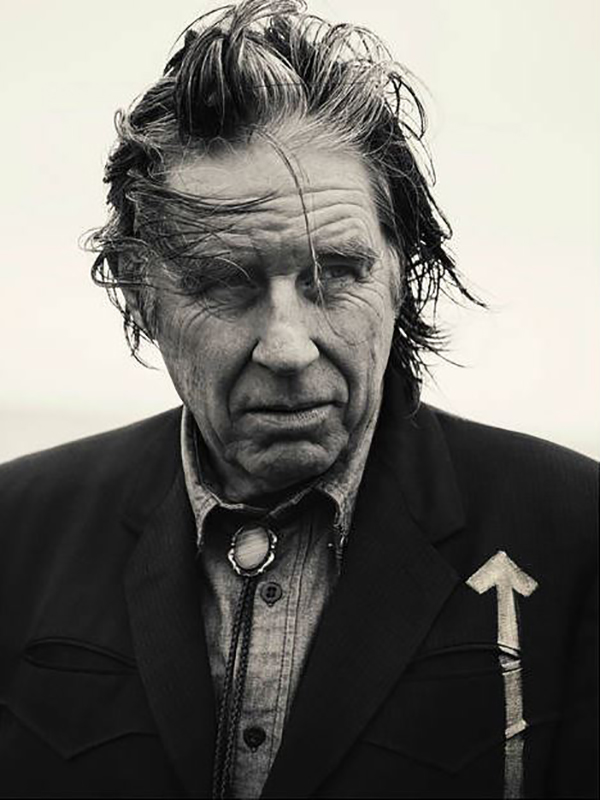 READER ADVISORY: Hey, I know this is a blog about books, and that I find too many excuses to write about punk rock. I know many don't care, and it might even make some uncomfortable. After all, nice things are nice, and nice is not one of the tenets of punk. But we're all getting old, and everyone, sooner or later, gets sucked into the riptide of nostalgia. A wave of recent books - including but not limited to memoirs from Chrissie Hynde, Richard Hell, Kim Gordon, John Lydon, and even an Iggy Pop biopic from Amazon Studios - demonstrate that even the most disreputable movements eventually become respectable, and that now, if ever, is the moment for punk (and post-punk) to assume the mantle of respectability, everything being relative. Let's go. (Or let's go back to the main page.)

To this point, the definitive record of L.A. punk has been The Decline of Western Civilization, Penelope Spheeris's (Wayne's World!) bare-knuckled documentary showcasing, if that's the word, live performances of the bands who spat and thrashed their way across subterranean stages, including the Germs, Fear, Black Flag, and X. It's a powerful, raw, and often unsavory bit of filmmaking. But what Decline lacks is a bit of humanity: who these people were, how they ended up there, and why they were doing this.

John Doe's Under the Big Black Sun fills in the blanks for this wing of the Blank Generation. He doesn't go it alone: The X frontman invited the musicians themselves to tell the story, including bandmate (and one-time wife) Exene Cervenka, Henry Rollins (Black Flag), Mike Watt (The Minutemen), Jane Wiedlin (the Go-Go's; yes, that's right), and Dave Alvin (the Blasters). The result is a book that's as much about the relationships and tight-knit community as it is about the music itself, a chance to see how they were.

I spoke over the phone with Doe about the book (now in paperback), the place, the music, and even the Doors. The following is a transcript of our conversation, lightly edited for nervous stutters, verbal tics, and redundancies. However, I have not excised a few instances of foul language. That would not be punk. If it's not your thing, I understand. As Doe says below, "Well, it's like rock and roll. You get it or you don't. You can't really explain it."

Jon Foro: When I picked up Under the Big Black Sun, I was expecting an autobiography, maybe a history of your band, X. But it's more of an oral history of LA punk, featuring a wide range of voices. What was the impulse behind putting it together at this point?

John Doe: Well, it's funny you should say an oral history, 'cause it's actually the opposite. All the other punk rock books that I'd read were typical oral histories, like, you would call me up and say, "Hey, man, remember that crazy night?" And I would say, "Yes, that was crazy, blah blah bullshit bullshit" over the phone, or in person, or whatever. And I don't know if you read Please Kill Me or We Got the Neutron Bomb, or there's a couple of others, it's all just this back and forth. And although it's kind of lurid and enjoyable, I never got much context. So, after Tom DeSavia -  who helped me put the book together - harangued me for several years, I finally said, "OK, fine." And because the scene was so collaborative, I thought the best way to do it would be to get other people to tell their story.

Was that the impulse from the very beginning?

Yeah. I knew that I would write more than anyone else, and I guess I wrote about a fifth of it - in-between pieces [from other contributors] and three longer, regular-length chapters. I'm a little bit like the narrator, and it is kind of X-centric, but it's definitely mostly concerned with the earliest part of the Hollywood scene. But everyone has their own truth, so I didn't want to presume that I knew what everyone else's experience was like. As we talked to people, we kind of assigned them topics. 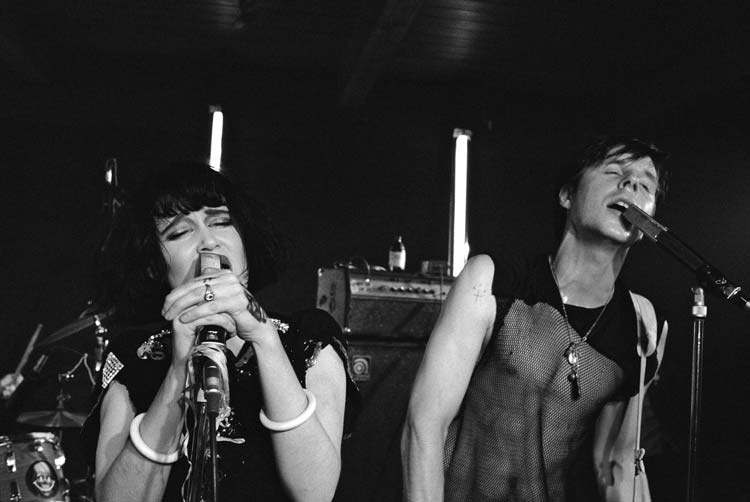 You allude to the variety and diversity of all the bands there, like X and the Go-Gos, and the Blasters. It was, as you say, a tightly knit community. First of all, how did that work together? It sort of tests the definition of what punk is.

Well, that's the thing. Originally, punk rock was more about what it wasn't than what it was. But if you look at all the original punk rock scenes, whether its New York or London or San Francisco or L.A., they were all really diverse. Blondie didn't sound much like the Ramones, didn't sound like Talking Heads, or Television, but they all were part of that scene. How it worked was great. "I'm discovering. Are you discovering?" "Yeah. Let's discover stuff together."

You were originally from Baltimore, but you choose to go to Los Angeles over a maybe more famous or established punk scene in New York. What pushed you out to California?

Did you always intend to play music when you got to LA? You had a particular interest in poetry - that's how you and Exene met.

I could say yes, but that would be wrong. No, I just wanted to get the hell out of Baltimore.... I didn't know the Stooges music very well. I had David Bowie records and the Velvet Underground. Patti Smith's Horses was important to everyone, and I saw bands in New York so I knew something was going on. I had a desire and ambition, but I had no idea how it would all work out. I knew that you couldn't make any money in poetry, you couldn't make a living.  [laughs] You could live in a hole in the ground.

There's a very practical element to it then.

You know, I'm of that generation. You were supposed to have a job and a career.

You mention the practicality of you and Exene working together following your divorce, saying you had to make a living, you wanted to keep working.

Well, more than that. The reason that Exene and I kept working together was not just that we had to keep food on the table, which was maybe a quarter of that. We just still liked each other. We felt as though the band was good enough to keep together, and felt compelled to do stuff. We tried to be adult about it. And succeeded: we still write songs together now and again and play all the time. And Exene is a true collaborator, a real important part of my life. 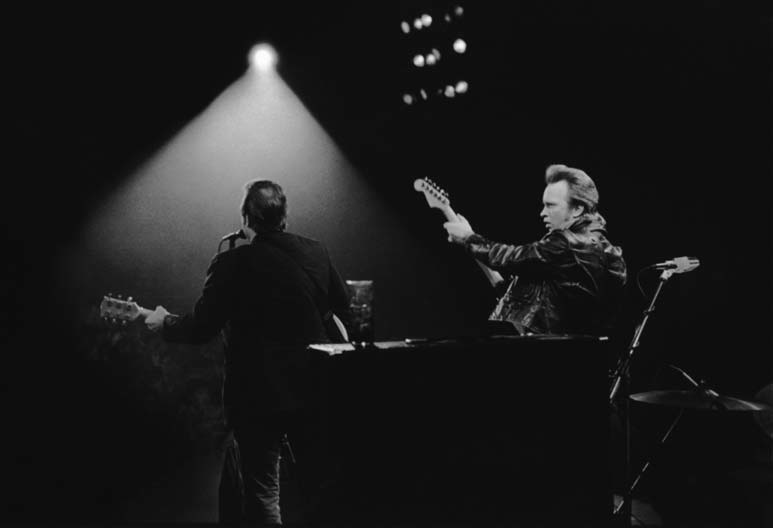 This may be a little bit of a broad assumption, but punk in the UK was driven by social issues, and New York had a strong art vibe. Was there something that drove the punks of Los Angeles, something that brought you together?

Well, it's kind of addressed in the book. That's one of the successes, something that's different about this than what's come before it. I think the auto culture and the sunshine, which could be just brutal [laughs] when you feel like shit or you're hungover. The fact that everything seems good on the surface, but it's actually not. That's a real conflict. Those elements, the rock and roll element, I feel like the bands and writers really connected with 50s, 60s rock and roll. I think the Ramones and Blondie did, and we did as well. I think that's what kind of pulled us all together. That's what influenced L.A. punk rock that was different than New York or London.

And guys like Iggy or the Ramones, those are often held up as the pinnacles of punk rock, but you talk about the Doors several times, either specifically or you allude to their lyrics [in your prose]. And that's maybe not so intuitive. Do you consider the Doors punk in a certain way?

No, but they're certainly about chaos, and not giving a fuck. They were never ready for prime time - it was always really a weird fit. They really didn't tour that much because Jim was always going off. They came from L.A., so they were influential before Exene and I moved here. They weren't considered classic rock because there wasn't really classic rock at that point.

They knew how to play, but so did some of the other punk rock bands. Punk rock didn't necessarily mean that you couldn't play, it just meant you didn't have to be a virtuoso. You didn't have to have all the hot licks. 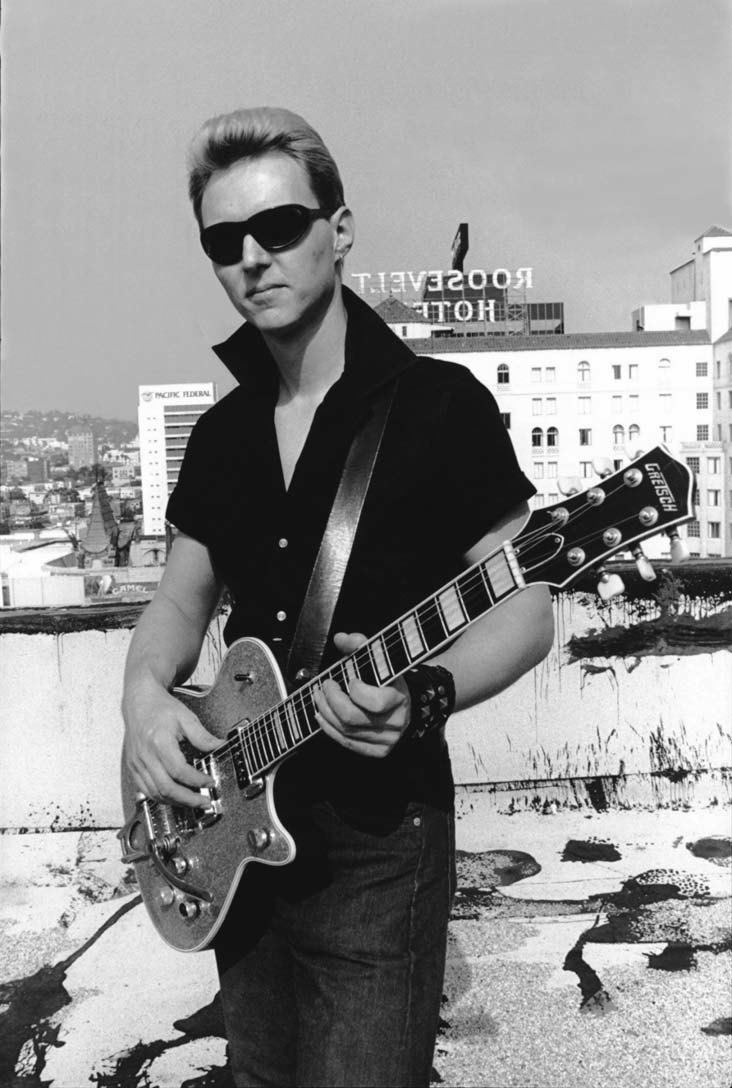 The other night, when I was thinking about this, my girlfriend indulged me and we watched The Decline of Western Civilization....

She grew up on jazz choir and show tunes, and when we're watching a band like the Germs... I'm not sure that she sees the immediate appeal [actually I'm sure she didn't see it all], and I wasn't really sure how to articulate it, either. What would you say to contextualize punk for someone who hasn't been exposed to it, or doesn't seem to... get it?

Well, it's like rock and roll. You get it or you don't. You can't really explain it. The Germs were at total enigma because in everyday life, Darby seemed like a complete idiot. He was adorable, but he didn't seem smart. At all. He was good at manipulating people, but he wasn't very smart, or didn't appear to be. And then they put out that record and everybody looked at the lyrics and thought, "What the fuck? He said what?" And it was really beautiful and insightful and poetic and strange and philosophical. So it's difficult to explain.

But you probably had to read the lyrics, because it may not have been apparent....

Oh no, you couldn't understand him. But nobody cared. I mean, talk about chaos and anarchy. It seemed like every Germs show, they would play "Shut Down," that eight-minute or whatever song at the end of their record. They would play that last, and basically play it until everybody left. Until they beat the audience into submission or they broke enough stuff to just stop. It was really kind of bad. It was great, but it was kind of like "Ugh, god. OK." I don't think you can explain that. You can explain show tunes, but you get it or you don't.

Oh, I don't, as a consumer. But I know that it's moved to a place where it always belonged, which is as a subculture. It's a kind of rite of passage for people who are, I don't know, 13 to 25. There's six bands on the bill and it's 10 bucks to get in, and you go in and it's total freedom and crazy shit going on and that's great. That's what it should be. 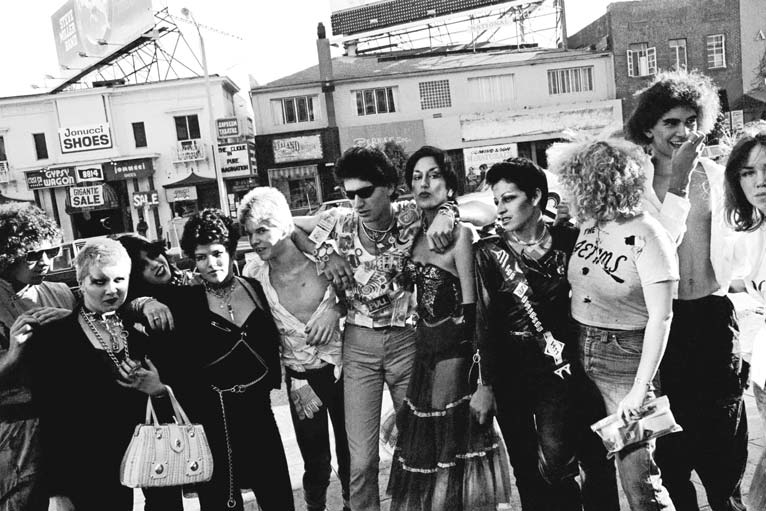 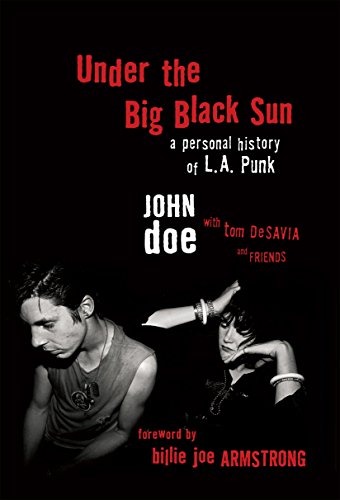 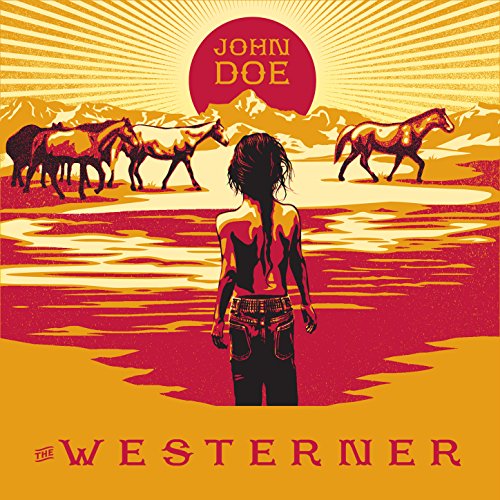 YA Wednesday: An...
Read