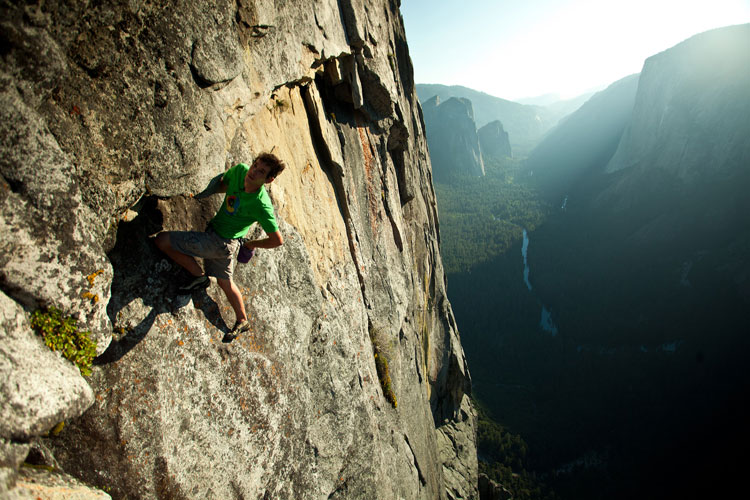 As far as celebrity goes, Alex Honnold’s seems a bit unlikely; self-possessed practitioners of niche sports, performed in the hardest-to-reach corners of the Earth, usually keep to the edges of the mainstream. But much has changed over the last decade: Drones, adventure cameras, and the internet have allowed armchair adventurers and other lookie-loos unprecedented access to the farthest frontiers, as well as the daredevils who push them. And with E. Chai Vasarhelyi and Jimmy Chin's Free Solo—the Academy Award-winning ride-along with Honnold on his rope-free climb up Yosemite's El Capitan and its 3,000 feet of vertical granite—well, that’s the sort of thing that’ll make you famous.

On assignment for National Geographic, writer Mark Synnott also covered Honnold in Yosemite, and the resulting book, The Impossible Climb, is a must-read for anyone curious about Honnold’s background, personality, and motivations—even the physiology of his brain, which doesn't seem to acknowledge fear. Synnott shadowed the enigmatic climber for months as he prepared, deliberated, and occasionally wavered over the project. He even followed him up a wall on occasion—Synnott also happens to be a professional climber, and his first-hand experience makes his account much more than a summary of an unprecedented, previously unthinkable feat. Synnott recounts his own first ascents—beginning with the Crazy Kids of America, a club he founded as a hell-bent-for-danger teen—and harrowing adventures with Honnold, Chin, and other legends of the sport. He also chronicles Yosemite’s climbing culture, from the “golden age” rivalry between big-wall pioneers Royal Robbins and Warren Harding, to latter-day risk-takers like Dean Potter, who push the limits of extreme sports, often at the cost of their lives. When asked why anyone would test their fate against a mountain, George Mallory famously said “Because it’s there.” The question is ultimately unanswerable, but The Impossible Climb gives the rest of us a firmer hold, even as we watch from a safer elevation. You might say this book goes.

I spoke to Synnott on the phone about the book, the climbing life, and Alex Honnold (and his brain). The Impossible Climb was a selection for Amazon's best books of the month for March 2019.

When did you start climbing, and what drew you to it?

I started when I was about 15 years old. My dad was a banker. Listening to [him] describe what his life was like caused me to veer off, to get as far away from that as I possibly could, because I could see what the straight and narrow looked like. I didn't really actually get on the rock until I was 15 years old. I was doing the Crazy Kids of America, just trying to a mini daredevil—an Evel Knievel wannabe. Now I'm 49, so I've been going for 34 years.

Does getting older changed your approach to it? Or are you just going to try to compress whatever adventure you can squeeze in before you just can't do it anymore?

I would say that my appetite for risk has diminished, but I think that's kind of a theme. I do the compare-and-contrast with Alex a bit, as far as that goes. I don't know whether it has to do with the fact that I'm a father of four children, or that I just have gotten older and matured over the years. Or is it a combination of the two? I honestly think that it potentially has a lot more to do just with aging than it does with parenting. I do feel those responsibilities, but deep down the thing that's causing me to reel it in is, as I get older, mortality becomes a little more real. But I am so in love with this whole thing—going on adventures and storytelling and exploring and all the people you meet—that I really don't want it to end.

So about Alex. One of the most rewarding things about the book is that you learn a bit more about this guy who is kind of inscrutable and mysterious—not even Free Solo exposed a whole lot of who he is.

I would say one of the first things that you might notice about Alex is just how incredibly real he is. I would describe it as a person who just doesn't really have any layers covering over his real self. When you communicate with him, it's just incredibly refreshing. He doesn't have much in the filter as a result. He has more now. When I first met him, he was by far and away the most brutally honest person that I'd ever met in my life. But the type of people that I like the most are totally real and down-to-earth, not playing any games with you.

You mention his mastery of fear, if that's the way to put it, and your book investigates the possibility that his brain—specifically his amygdala, the fear center—is different from most.

I don't know if that is specifically related to his ability to control fear to a degree way beyond what most people can do, but he's not the only one. Really good athletes are the ones that learn how to control the nerves—it's one of those things that kind of differentiates people that are great from the ones that are the absolute best.

This idea that there might be something defective without his brain…. I felt like I needed to explore that idea thoroughly. I think he found it annoying because here was another example of people trying to explain him away, instead of giving [him] credit for an acquired skill that he had worked really hard to develop. This idea of the defective amygdala as Alex's superpower [has] entered the collective consciousness of the climbing community. I don't really blame him for getting irritated…. let's just say I'm a big fan of Alex's, and I don't think there's anything defective about him at all. 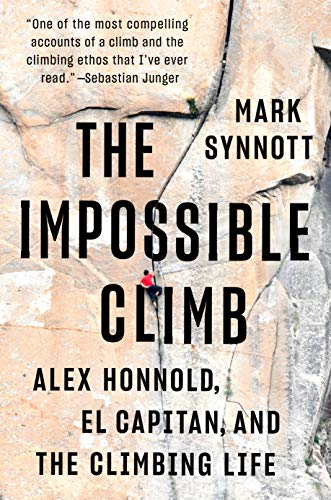 When you signed up to cover Honnold's El Capitan climb, did you have the same ambivalence that Jimmy Chin expressed—watching someone you've known a long time, who was a friend, do this incredibly dangerous thing?

Yeah, 100% I think Jimmy and I both looked at it the same way, and we talked about it a lot. I really and truly thought It's a great dream, but it won't actually happen. Then at the end of 2015, he said, “It doesn't scare me as bad as it used to.” And I thought, Whoa, that's crazy.

What I didn't realize was that he had actually already decided that he was going to try to get it done. The very first thing that I thought was What is my responsibility as Alex's friend? Should I try to talk about of it?

I’ve never done anything nearly as risky as he has, but I've been in a position where other people who care about me think that I was pushing it too hard. And I would not be okay anybody ever trying to micromanage my risk-taking. I realized this is [Alex’s] dream, and it's not my place. And also I couldn't do anything about it.

Do you have concerns about how that exposure will affect the sport? Some people are concerned that this will inspire a whole lot of unqualified people to try to climb El Capitan without a rope.

I've heard that, but I hope you realize how utterly ridiculous that, is course. [I do—ed.] To even get off the ground you'd have to be quite a skilled climber, and you'd look up and be like, No, I am not suicidal. So this isn't going to happen. So that is definitely not a thing.

What is the thing is, is that our sport is moving into the mainstream. It's getting more recognition and it's drawing in more and more people. When I started there were no climbing gyms, and I think that's really the big game changer. I personally can't look at it as anything but a positive thing, because climbing [is an] incredible sport and I'm not the type that would want to hoard my cool thing for myself.

What's your favorite climbing book written by a climber?

My favorite climbing book might be The Shining Mountain by Peter Boardman. It's about a climb that took place on a mountain called Changabang—this crazy first ascent. [Boardman] was one of the best climbers of his generation, but not necessarily a writer by trade. It just has this incredible authenticity and voice. I found that thing on the shelf in the library when I was 15 years old, and I really think that it changed my life.

This conversation has been edited for clarity and brevity.