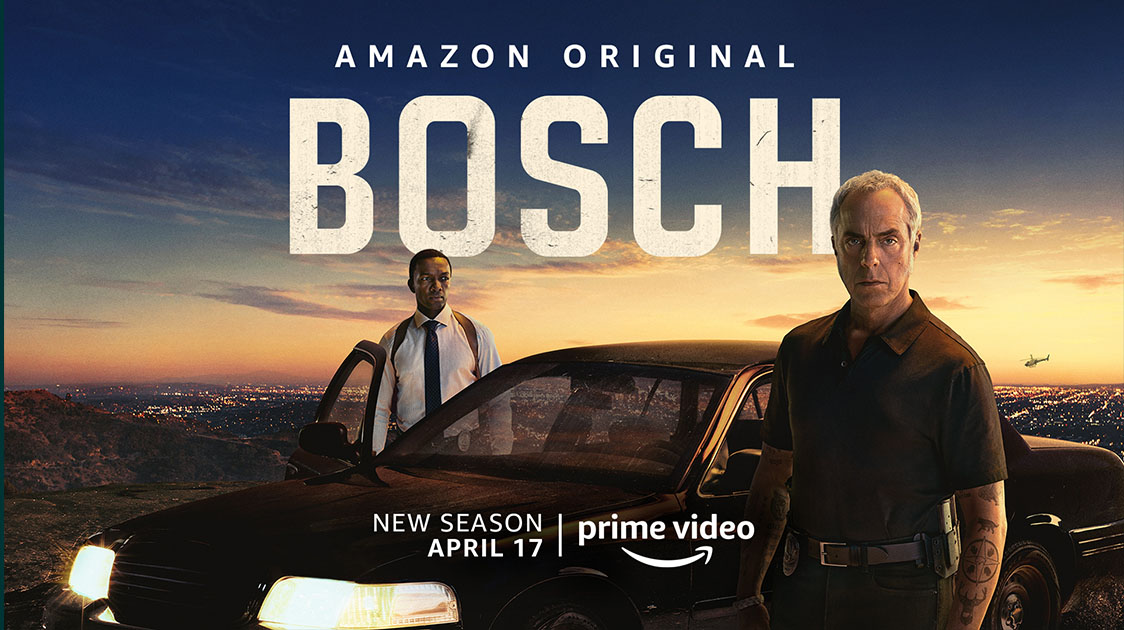 Season 6 of Bosch is now available on Prime Video and that's pretty much all you need to know about our plans for the weekend. The series just goes from strength to strength, with Gulf War veteran turned detective Harry Bosch—played by Titus Welliver on the show—being the squeaky wheel of LAPD, the relentless truth-seeker who won't be dissuaded or distracted, and who doesn't have it in him to take the path of least resistance. In earlier seasons it was solving the riddle of his mother's murder that drove him, but in season 6, it's the city of Los Angeles that's in the line of fire. And, as often happens with Bosch, it's an almost routine murder (can there be such a thing?) that tips him off to an even bigger, deadlier puzzle.

It's going to be a busy year for Michael Connelly fans, and we caught up with Connelly to ask about what's in store.

Vannessa Cronin, Amazon Book Review: Based solely on following you and Titus Welliver on social media, you seem to have had a lot of fun with the whole Bosch TV experience. Do you spend a lot of time on set when the show is filming, or do you just drop in occasionally?

Michael Connelly: I spend a lot of time in the Bosch writing room because that is really where the show/season is formed. When it comes to production and actually shooting the scripts I am less involved because that is where any sort of expertise on my part ends. I love watching but that is mostly all I am doing, watching, with the occasional nod to an actor to tell them I like what I see. So at that point I am mostly a cheerleader. The cast and crew know what they are doing, especially after so many seasons, and it is fun just to watch them do their thing.

What was it like seeing your creation, Bosch, interpreted by others and then seeing how the show was received by the viewing public?

It has been immensely fulfilling. The show is true to the character of Bosch and others, the very important father/daughter relationship is there, but we constantly think outside the books and look for more visual ways of telling the stories. I love that part of it. We are loyal to the most important aspects of the books but free to make the storytelling more visual.

I love that the show picked up on the iconic, Old Hollywood haunts that dot the books, like Musso & Frank Grill—have you been on set when they were filming in some of those?

I try to be there for any sort of filming outside the studio in places I have put in the books. Often times I know the people in these businesses and already have relationships with them. Sometimes I help secure the locations for filming, so I want to be there to make sure everyone will be happy with what we are filming.

What can you tell us about the story line for the new season?

As usual we take from more than one book. This time it’s The Overlook, which is about a murder surrounding the theft of a very dangerous radioactive material, and Dark Sacred Night, which continues a very personal investigation for Bosch of the killing of a 14-year-old girl. So to me you have the small, personal investigation countered by the big case where the stakes are extremely high because the whole city is at risk if he can't find the missing material.

As seen in the Bosch & Ballard books, Bosch is now somewhat the "elder lemon" of law enforcement, a seasoned veteran who has some tricks to share with Ballard. But he’s analog, she’s digital, and she has some tricks to share too, which is fun. I love how the old dog is learning those new tricks. Will you continue to write Bosch & Ballard together?

I hope to keep writing about these two because of the offbeat chemistry that they have. I am happy that Harry is learning from Renée—proving that you can teach an old dog new tricks after all.

Recently I asked Harlan Coban whether his Netflix deal has had any bearing on his writing, and he said, no, a book is a book, and a show is a show, and if you try to write one with the other in mind, it doesn’t work. Has that been your experience too?

I think for the most part that is accurate but I do find myself as a book writer being influenced by myself as a TV writer. In TV you have to develop side characters and include those story lines. For example, the early Bosch books are solely through his point of view, but when it came to the show we could not have Bosch in every scene of every show. We had to spread the storytelling out. So we did that and the show was successful, and now I find myself doing that in the books, splitting narration between Bosch and Ballard for example, or Bosch, Ballard, and Mickey Haller. I think that is a direct influence from my working on the TV show.

I just read your new book, Fair Warning, which publishes on May 26. And I was struck all over again by how well you write female characters. The women in your novels are not just the girlfriend or the victim. They’re all smart and capable yet human; they make the wrong call from time to time. How do you approach writing gender in your books?

I think I write gender in my books by not really writing gender. I take characters, male or female, and give them a role and try to make them good at what they do. Make them impressive. I don’t give all the “gets” to one character or another. In Fair Warning, Jack does not have to push the investigation by himself; Rachel can win the day sometimes. I think if you start that way you have a solid base for a character and then you can get into elements specific to gender.

We’re so excited there's a new Lincoln Lawyer title coming this year. Can you divulge any little fun tidbit about it to keep fans going until it comes out in November?

I’m still writing it, so anything can happen, but I can say that it starts with Mickey Haller in jail.

So we have to ask: How are you entertaining yourself during isolation? What are you reading? Any up-and-coming mystery authors/titles we ought to keep an eye out for?

I am mostly trying to write with this extra time, and so when it comes to taking a break I would rather binge TV. But I am reading a book by Ivy Pochoda coming out in May. It’s called These Women and it's set in LA and a really good book. Highly recommended.

We talk to Michael Connelly about Bosch, Mickey Haller, and what to read right now 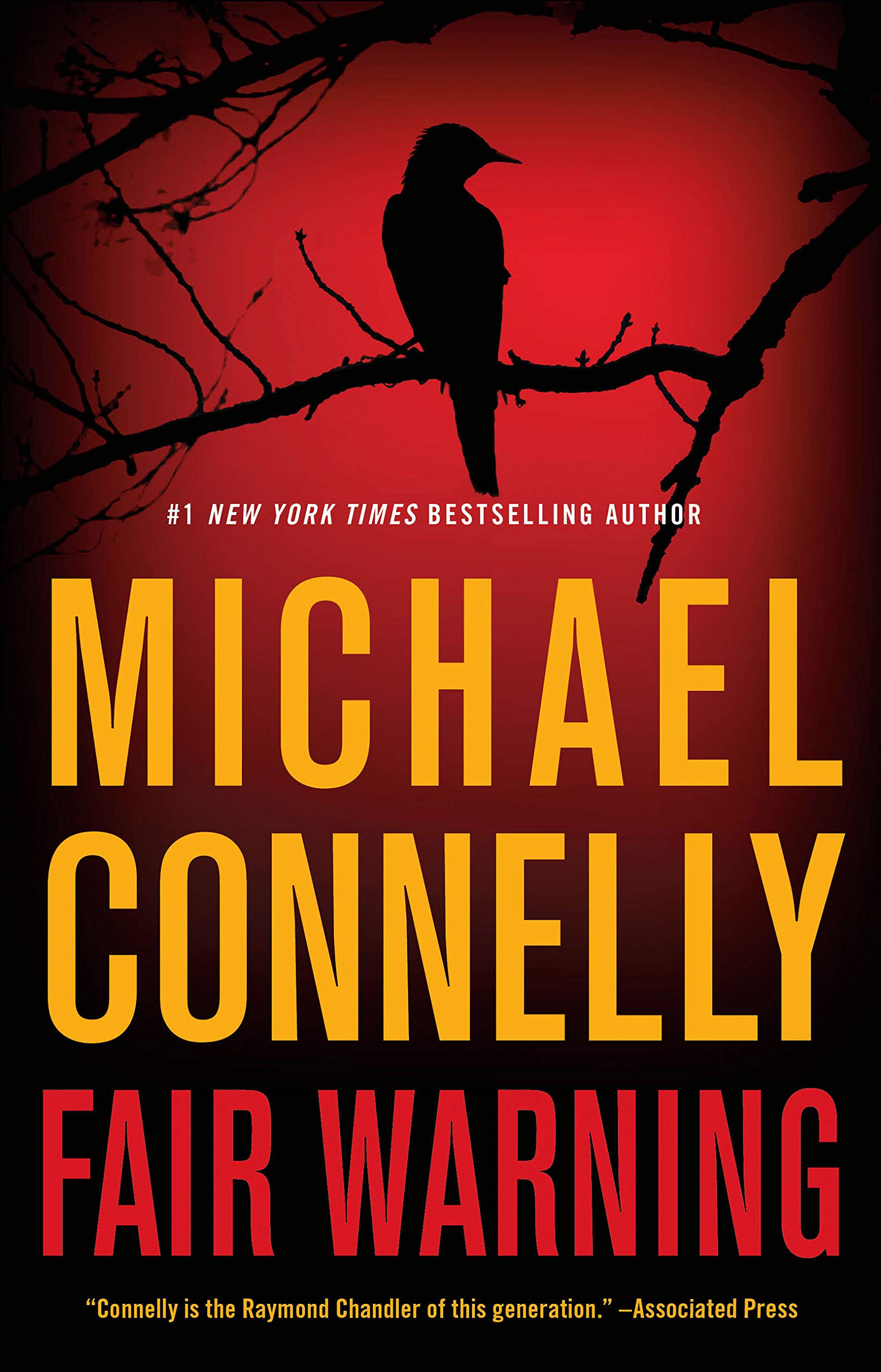