S.M. Hulse's Black River is a debut novel by a promising young author. Set in the American West, the novel is about a very memorable man named Wes Carver, a true man of the west who... well, read the interview and you'll find out. You'll also get a sense for why we picked it as a January Best of the Month selection.

Chris Schluep: How long did you work on the novel?

S.M. Hulse: About four years. I started writing Black River during my first year in the MFA program at the University of Oregon, and I’d completed a first draft by the time I graduated three years later (in 2012). I spent the next year as a post-graduate fiction fellow at the University of Wisconsin-Madison, and I was able to acquire an agent and complete most of the revisions during my time in Madison. I sold the novel to Houghton Mifflin Harcourt in June of 2013, just a few months after my fellowship ended. By that time, the book was essentially finished; I did one more round of light revisions with my editor as well as a round of copyediting, and then it was ready to go.

CS: Did you begin with a character, a place, an event?

SMH: A bit of all three. I was interested in writing about a character who had lost something that defined him, which gave rise to my protagonist, Wes Carver, a talented fiddler whose ability to play was destroyed when he was held hostage during a prison riot. I knew from the beginning that Black River would be set in Montana, because it’s a place I love like no other, and I was fascinated by the contrast between its sweeping landscapes and the confined spaces of prison. While living in Montana, I read about a prison riot that had taken place at the state penitentiary in the 1950s, and I began to wonder how an event like that might affect the people and community involved over the long term. While all those elements were just starting points—the town of Black River is fictional, and so is the riot in the book, which takes place in 1992—they formed the beginnings of Black River. 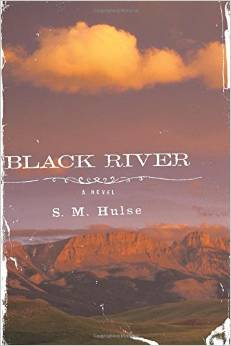 CS: Recently, we've seen a number of novels about the west published—the majority (by my unofficial count) have been historical. Why did you decide to write a contemporary western?

SMH: I’m not sure I set out to write a contemporary western so much as simply a contemporary novel, and because I’ve spent most of my life in the West, the places and characters I chose to write about naturally happened to be western. I do think that so many excellent historical westerns are being written now in part because there is a desire on the part of many writers and readers to revisit some of the events and themes that have become familiar if not almost mythical in the American mind, and to take into account perspectives that may not have been offered a voice in the past. I’m interested in those same mythologies about the West, but I’m more interested in exploring the ways in which their legacies play out in the lives of contemporary westerners. Wes, for example, is a pretty classic Montana man, the sort you might find in a lot of historical westerns—he’s stoic, terse, and likes to take care of things on his own—but those traits don’t necessarily serve him well in the modern world.

CS: I just read the ebullient Ron Charles review for Black River. How did it feel being compared to Kent Haruf (a comparison I also would make)?

SMH: Kent Haruf is often one of the first authors to come up in any discussion of contemporary Western fiction, so it was a great honor to see Ron Charles draw comparisons between our work. Like Haruf’s Holt, Colorado, Black River, Montana is a fictional community, and I can only hope that I have depicted its landscape and people as vividly and empathetically as Haruf depicted Holt’s.

CS: I read that you learned to play the fiddle while you were writing the book. Tell us about that.

SMH: I didn’t know a lot about old-time or bluegrass music when I first started writing Black River, so I was doing a lot of reading about and listening to American folk music while working on the first draft. I’d played the viola for a few years as a kid, so I had some sense of how it felt to play a stringed instrument, but eventually I decided that fiddle music was so central to the novel that I really ought to give it a try myself. I found a teacher and began taking lessons. My teacher taught the way Wes does in the book—by ear—and I found that it suited me much better than reading sheet music had. I came to love the fiddle for its own sake, and I’ve continued to play, even though I’m now working on a second novel that doesn’t focus on music.

CS: Is the next novel set in the west?

SMH: Yes! Like Black River, the novel I’m writing now is also set in western Montana, though in a different community and with different characters. I hesitate to say too much about a work-in-progress because so much changes during the writing process, but the protagonist is a woman who must cope with the aftermath of a bombing committed by her older brother. 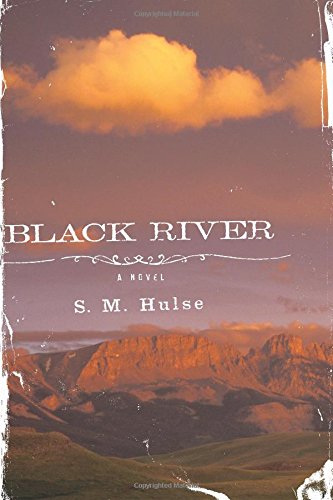