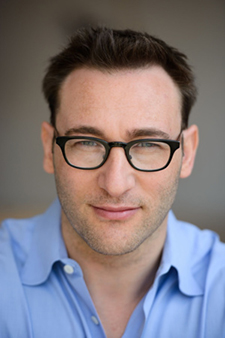 When we're thinking about which "celebrities" to reach out to for this year-end exercise, we usually focus on those who have recent books, or at least books published within the year. We do, however, make exceptions, and Simon Sinek fits the bill. Though The Infinite Game isn't due until June 4, 2019, we couldn't resist asking the self-described optimist and author of Start With Why, Leaders Eat Last, and Together Is Better for a little insight into the books that inform his influential opinions. Of course, the other advantage to this strategy is that we can ask him again next year.

So what has he been reading this year? See his picks and why he chose them below, and look here for the latest celebrity favorites. For even more recommendations, learn more about the Amazon Books Editors' picks for the Best Books of the Year.

Sapiens: A Brief History of Humankind by Yuval Noah Harari

I am not satisfied knowing that something works, I want to know why it works. And when it comes to understanding human dynamics, asking why inevitably leads us down a path to early human kind. Sapiens is one of those wonderful books that opens our eyes to understanding how we became the animals we are today.

I loved Jared Diamond’s perspective in Guns, Germs and Steel, so I was excited when this book came out. So many books set out to show us how to build, but it’s also important to understand why things break. It is astonishing how often history repeats itself - more important, how often human beings repeat their mistakes. Diamond shows us why it is so important for us to understand our present and the choices we can make to determine our future.