Much More Than Just "Some Stories"

“A master in the art of living draws no sharp distinction between his work and his play; his labor and his leisure; his mind and his body; his education and his recreation. He hardly knows which is which. He simply pursues his vision of excellence through whatever he is doing, and leaves others to determine whether he is working or playing. To himself, he always appears to be doing both.” —Yvon Chouinard

Most of us struggle to make time for a single hobby, even though we seem to have no limit to excuses—our fulfilling desk jobs, the demands of helicopter parenting, Game of Thrones. Yvon Chouinard inverted the paradigm. Among other things, he is or has been: A pioneer of Yosemite's "Golden Age" of rock climbing; an alpinist with a C.V. featuring several notable, occasionally hair-raising first ascents; a master/philosopher/acolyte of tenkara, the art of "simple fly fishing"; the founder of the Southern California Falconry Club; a devotee and prophet of the cult of surfing; a fearless, influential environmental activist; and a forger of pitons and innovator of climbing gear. And as the founder of Chouinard Equipment, Ltd.—and later, Patagonia, Inc.—he somehow managed to make all of those things his job.

A conventional biography for such an unconventional life would have been incomplete and inadequate in describing Chouinard's range of experience, interests, and ambitions, so he went off piste once again. The nearly 500 pages of Some Stories: Lessons from the Edge of Business and Sport are more "collected works" than memoir, but the through lines of his life can be traced through these personally selected articles, reminiscences, letters, and photographs spanning his unique career as an explorer and entrepreneur. In the preface, Chouinard writes, "I've found that I get a lot of creative satisfaction from breaking the rules in sport and business. Plus, it's a lot easier than conforming and, in the end, leads to better stories." Some Stories proves it.

Here are a few photographs from the book, selected in a vain attempt to demonstrate the range of material presented in the book. (Click for larger versions.) Some Stories is an April 2019 selection for Amazon's best books of the month in biographies and memoirs. 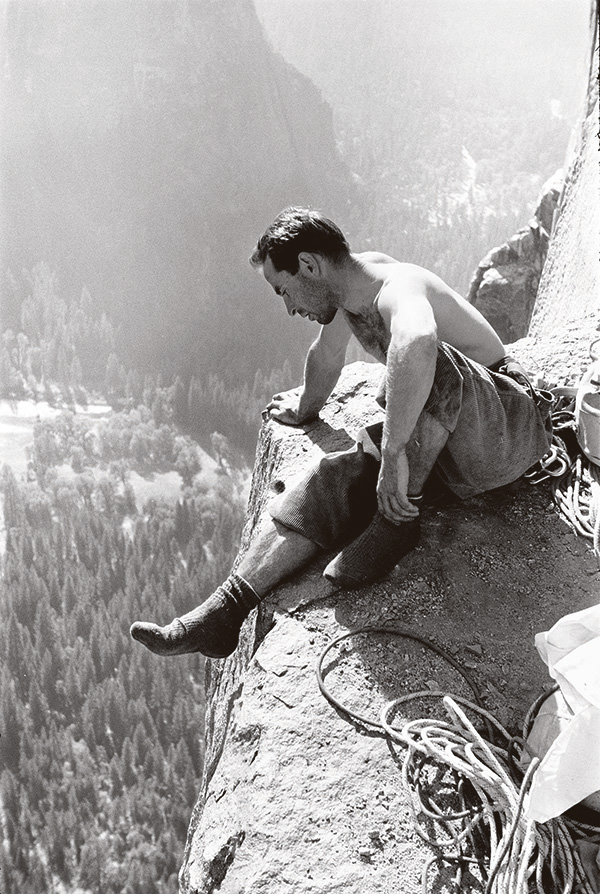 Yvon checking out the view from the Big Sur Ledge on the first ascent of the North America Wall on El Capitan, Yosemite. 1964. (photo credit: Tom Frost/Aurora) 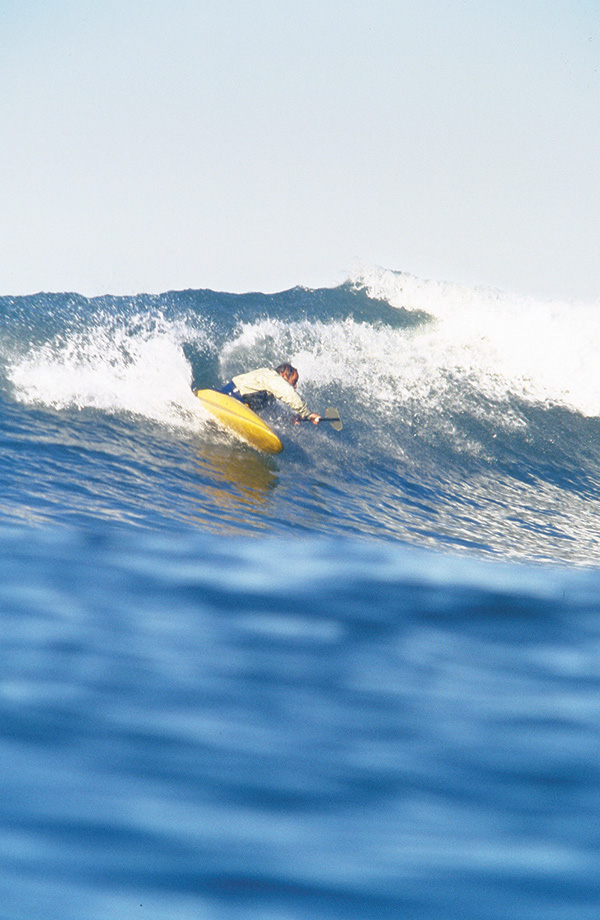 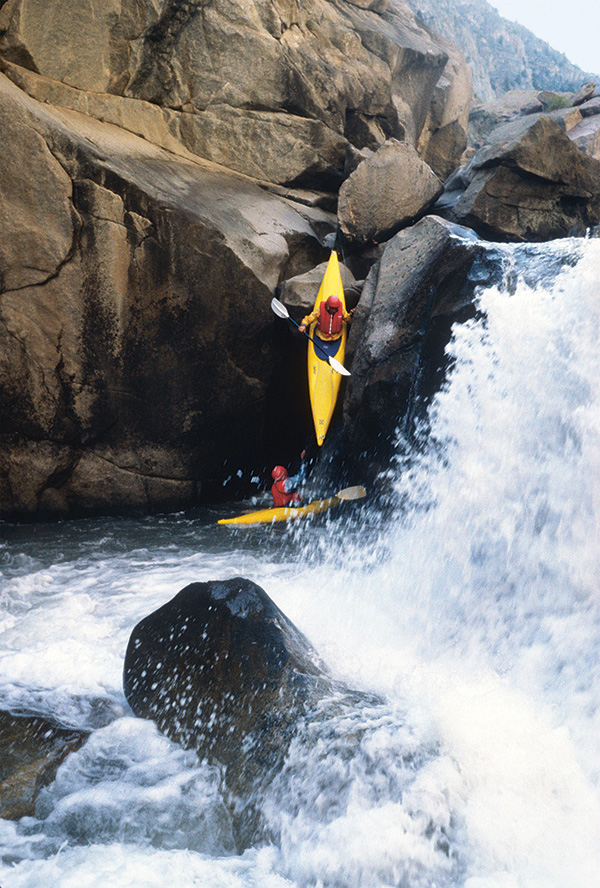 Reg Lake (on the river) lowers Doug Tompkins down... until the rope stuck. Doug had to climb out of his hanging boat. Some experiments just don't work out as planned. Clark Fork, Wyoming (photo credit: Rob Lesser) 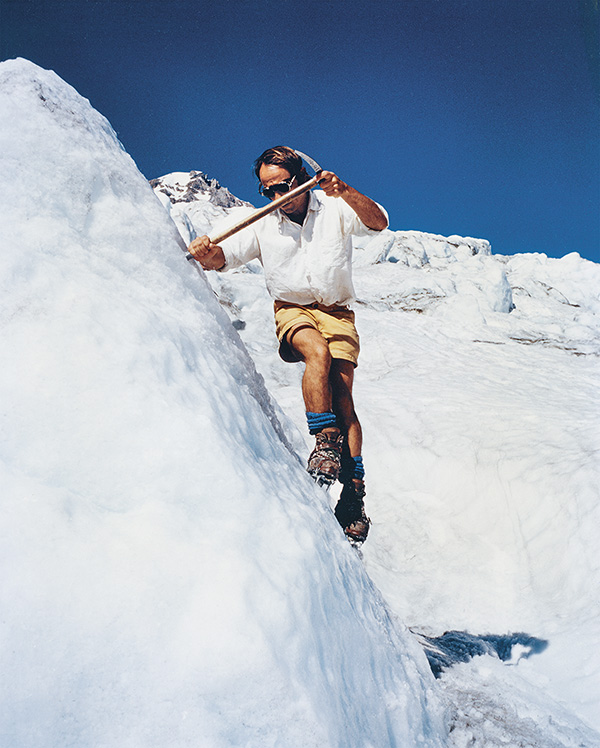 Yvon demonstrates piolet ramasse French technique. "While I was working on my book, Climbing Ice, I taught classes in snow and ice technique for much needed income and because I thought the best way to learn to communicate a craft was to teach it. With each class I learned to describe the techniques with fewer words." Mount Hood, Oregon. (photo credit: Ray Conklin) 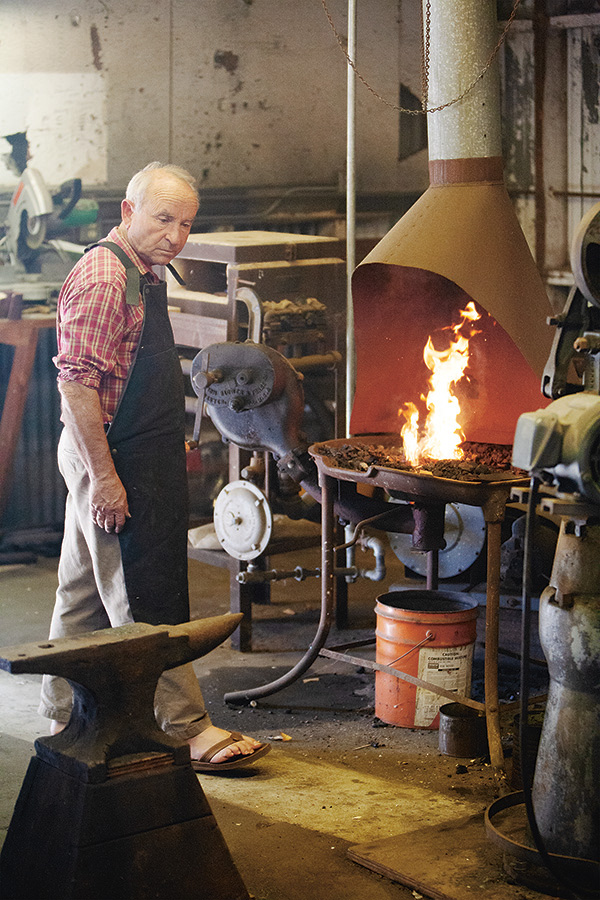 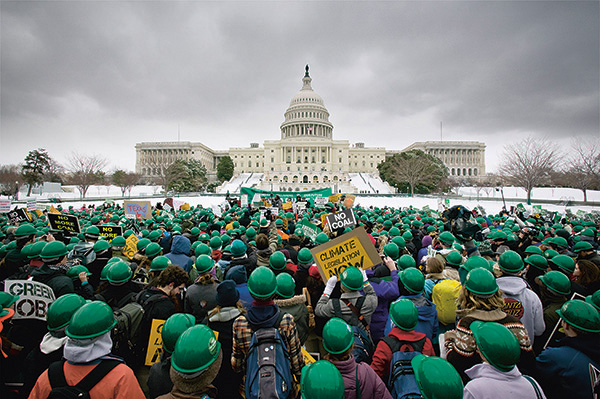 Some Stories: Lessons from the Edge of Business and Sport
Yvon Chouinard
Print Book