Get Up, Stand Up: The Story of Jamaica in One "Marvellous" Novel 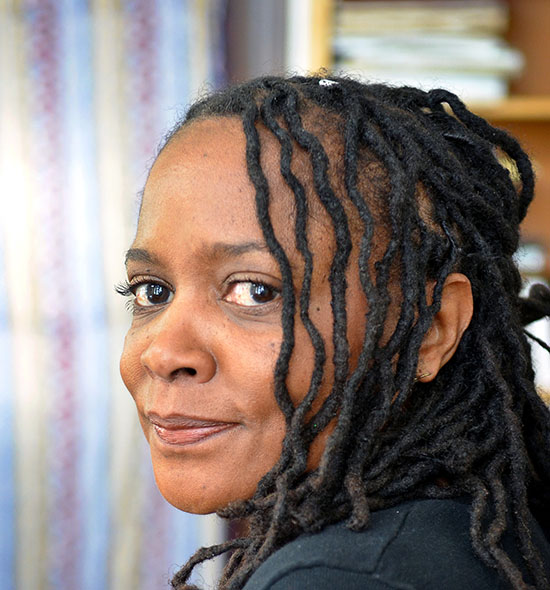 There is a bass-line that pulsates along the faults of this island, from the Blue Mountains to Santa Cruz, from Plantain Garden to Rio Minho; then travelling the coast, troubling the waters. They say each year the blue-green sea rises higher, pulled by the music of the people. Bass riddim moves underground and the sea lurches, dragging flotsam, broken shells, and ground hipbones. "Walk on the sand with reverence, hear?"

Calling Marcia Douglas's new novel, The Marvellous Equations of the Dread, "original" would be so lazy, a banal understatement bordering on pointless. Also tempting, because the book evades pithy description, at least one that makes any sense. But here's a shot: Bob Marley has been reincarnated, in a manner of speaking, as Fall-down man, joining other  recently revived ghosts—including but not limited to Marcus Garvey, Haile Selassie, and the Queen of Sheba. They're hanging out in the clock tower of Half Way Tree, a Kingston intersection notable more for its history than its traffic. What are they doing there? Beyond Jah, who knows? The Marvellous Equations is a marvelous tour through time and Jamaica's often tumultuous history, an ode to Rastafarianism, reggae music, and its resilient and resolute people, all inextricably intertwined.

But Douglas can say it better than I ever could. Here she discusses, among other things, the importance of Half Way Tree, Marley's legacy, and what it means to write "A Novel in Bass Riddim."

Bringing a Reggae Icon Back From the Dead: Writing The Marvellous Equations of the Dread: A Novel in Bass Riddim

In The Marvellous Equations of the Dread Bob Marley returns from the dead and takes up residence in a clock tower at Half Way Tree in Kingston, Jamaica. Half Way Tree, a busy four-way intersection, has always been a place where past and present collide, history is made, classes intersect, and where life unfolds with both chaos and “riddim.” Prior to the clock tower, and dating as far back as the mid 1600’s, the square’s landmark had been a huge silk cotton tree, a resting place for market women and travelers. The historic silk cotton survived for over two centuries and it is here that The Marvellous Equations of the Dread imagines a 1766 slave boy is hanged, a word at the tip of his tongue. The Victorian clock tower replaced the tree as landmark in 1913, erected as a memorial to King Edward VII; nowadays, it is a reminder of Jamaica’s colonial history. It stands at an urban center of traffic and commerce, a site where politicians hold election rallies, or Jamaicans gather to watch the nation’s athletes win on big screen.

The Marvellous Equations of the Dread: A Novel in Bass Riddim

Located at a historical intersection fraught with both conflict and hope, Half Way Tree struck me as an ideal place for Bob Marley to return. Back when I was a schoolgirl, the clock at Half Way Tree was always in disrepair, its hands stuck at the wrong time. The novel is therefore my way of revisiting both a physical and symbolic dysfunction. In the world of The Marvellous Equations, the bass riddim of Jamaican music, infused with the “sufferation” of the people, has power to shake the very bones of the dead, calling forth not only Marley, but also historical figures such as Marcus Garvey and the maroon priestess, Queen Nanny. Informed by both past and present urgencies, this novel insists that, “if the stones do not cry out, then the dead will.” Amid the turmoil of a failing economy, soaring crime rate, homelessness, disease and high mortality rates, the dead are thus called back, igniting new dialogue. The Marvellous Equations asks, what insight might our ancestors and icons share with us, should they return?

Thirty-seven years since his passing, Bob Marley remains timeless and eternally young, yet he also occupies a space as an elder and forerunner. There was a time, early in his career, when Bob struggled to have his songs played on Jamaican radio. Today, many years later, Jamaica is proud of his legacy. Whether one identifies as Rasta or not, he reminds of that part of our national consciousness which is visionary and rebel and “far-eye.” It is for this reason that in spite of the various ways in which reggae and Jamaican music evolve, he remains a measuring rod for creativity and innovation. And regardless of how we critique Bob’s life and status as an icon, ultimately we are compelled to find sustenance in his creativity and work as a revolutionary Rastaman. Rastafari has made significant contributions to Jamaican identity and culture, and The Marvellous Equations of the Dread draws counsel from that history. In earlier times, Rastas were persecuted, and it has been a long journey towards honoring the movement as a community of freethinkers and innovators. The book therefore attempts to contextualize Rastafari, presenting its sistren and breddren within a complex history. Voices and narratives of the women of Rastafari are particularly central to this book— “lioness arrive”— and as such, a Rastawoman character, Leenah, is portrayed as Bob’s love and also, critic. The Marvellous Equations of the Dread is not interested in idealizing Bob Marley; rather, it is concerned with tapping into his voice and consciousness, and using both the wisdom and humanity found there as fuel for moving forward. As Haile Selassie says to Bob in one of their “dub-side” meetings, “This work is not for you alone; others will come after.” Out of this “higherstanding,” the novel reaches and brings Bob and other historical figures back, so that we as a people can find ways to move forward. The Marvellous Equations of the Dread is written in bass riddim, and dedicated to “the healing of the nations.”

Five of the Funniest...
Read