City of Glass: Chris Stein on "Point of View" 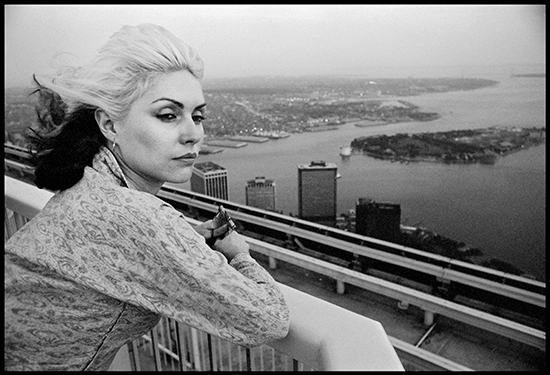 Chris Stein has a great side-gig. By night, he's the guitarist and co-founder of Blondie, the pioneering, difficult-to-define band featuring the iconic Debbie Harry—the rare case where that descriptor isn't hyperbole. By day, and sometimes night, he chronicles the changing streets of New York City with his ever-present camera. His first collection, 2014's Chris Stein/Negative, celebrated Blondie's 40th anniversary with photographs featuring NYC's punk rock scene and the creatures who haunted it. His new book, Point of View, has plenty of that, but also takes a deeper, more personal look at the history and evolution of the city he has always called home.

We spoke with Stein over the telephone on topics ranging from the band to New York to the goat in the video for their hit, "Rapture." The following is an edited transcript of our conversation, presented with a few images from the book.

Amazon Book Review: What was your first passion, photography or guitar?

Is that when you entered when you're in art school?

My first year was like '67, '68. I was getting attached to specific photographers—Robert Frank and Arbus, Breson and Brassaï. All the usual suspects.

What there something about those photographers that stirred something in you, captured your imagination?

Different things. The French photographers... the beauty and the composition, pulling you into those long-ago environments. I always was a fan of the time-travel aspects of photography, and the psychology of it—having that connection to people at these odd moments. Our history with the band has always been in the fringes, and Arbus always managed to capture fringe of life. 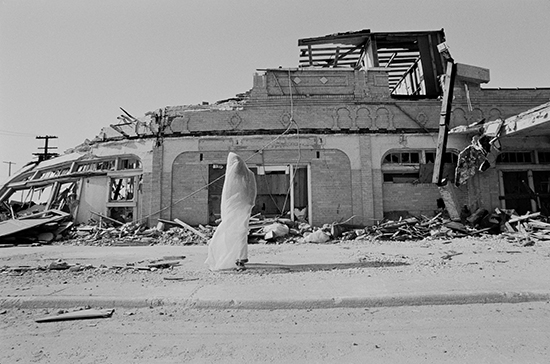 You wrote In the book, "I'm glad I got to live in a New York that was closer in tone to a hundred years ago...."

I think it is all about the connection to the past. Maybe the telephones and TVs were better [in the '60s and '70s], but [it was] still not a hell of a lot different than things were in the 1920s. But you know, SoHo is this shopping mall now, it's not an artist community. That seems a little disappointing. The physicality of the city is the same, but the financial and social aspects of it have changed. Streets thronging with people, all the empty store fronts because nobody can afford high rents. Nostalgia is kind of a trap, but I really hate Times Square. I much preferred it with junkies and hookers. I don't know if that's appropriate. [laughs]

Or a popular opinion. Speaking of the scum and filth, do you think that punk could ever have happened outside of the context that it happened in?

I guess that's the bottom line. Let's say punk had never happened at all. Could you get a punk scene evolving in modern San Diego? I don't know. It was certainly the crappiness of the environment, but there was also the musical backlash against all the MOR [middle of the road] stuff that everybody was subjected to at that point. The national music culture had become very watered-down, and all these faceless bands that were all about stellar musicianship.... [Punk] was definitely a cry back to a more primitive forms. 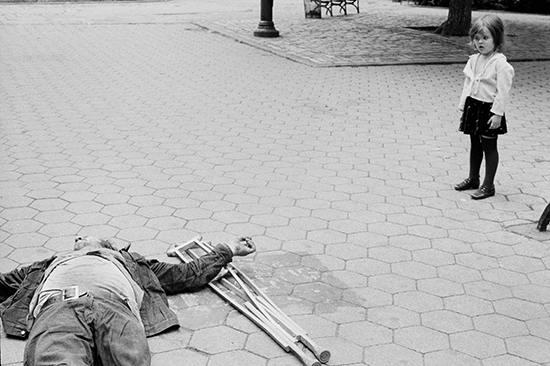 Your previous book, Negative, was mainly concerned about that punk scene in the '70s. What's the point of Point of View?

It's more about the physical environment, the street stuff. I regret not taking more stuff of the city. I have it in my mental images, but a lot of it isn't represented in photographs. I just tried to pull all that together and give a sense of what things were like around us during that period—a lot of pictures from right before the music scene in the early '70s.

Debbie Harry is the subject of many of your photographs in both books. How did how did you meet?

The incestuous nature of the New York music scene... everybody knew each other. I went to this show, a [Blondie precursor] girl-trio called the Stilettos. I thought Debbie was really striking, and I became a member of the band shortly thereafter. 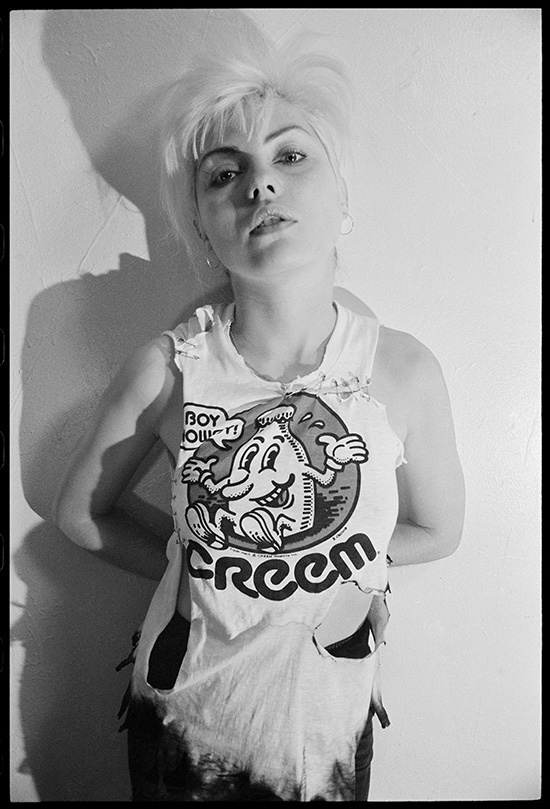 Was there a vision for Blondie, or did you figure it out as you went along?

It was very pieced together. I don't think it coalesced until we did the first album, actually. The other bands, the Ramones and Talking Heads, had a really hard focus and tighter parameters. We were always all over the place, going out and doing all these different styles. The eclecticism is part of what the Blondie thing is.

The Lower East Side was especially famous for its derelict venues. And what was the nastiest place that you ever played?

I was at a party in a basement, in a squat, all the way over in Alphabet City, Avenue C or something like that. I probably plugged in to a lamp post in the street. I came out of that right in the middle of the Tompkins Square riots. It was all kind of nasty. CB[GB]s was really funky, screwed up, but that was the charm of it. And the the isolation—it was just surrounded by welfare hotels and empty lots. 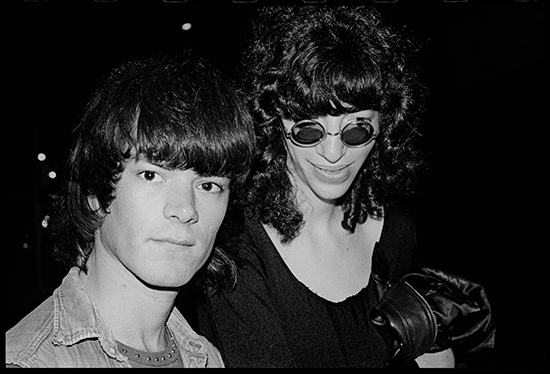 In the "Rapture" video, I want to know what you're wearing, because it looks like something out of Barbarella.

Or the first season of Star Trek. You know what that is? It's just a sweatshirt with little triangles of silicon, just pinned on individually, with straight pins. It's much simpler than it photographs, I would imagine. It's in the [Rock and Roll] Hall of Fame. You can go see it.

At one point the someone walks behind with a goat. 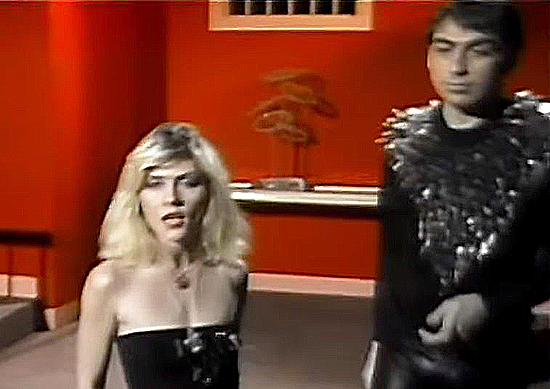 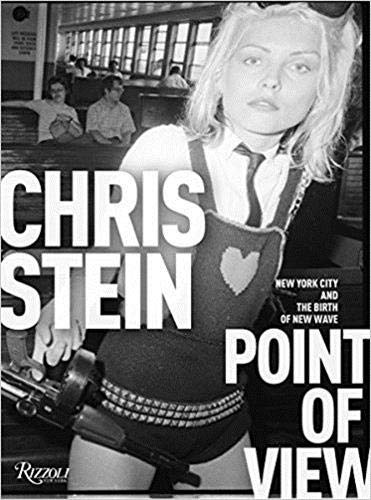