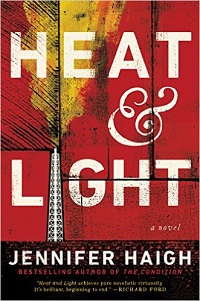 In her latest book, Heat and Light, Haigh travels back to Bakerton - the Pennsylvania town brought to life in some of her past novels - to bring us a story of a community both blessed and cursed by its natural resources. We asked her if she would share with us why she decided to revisit this setting and tell this particular story.

The fictionalized coal town of Bakerton, Pennsylvania is a place I write about often. Baker Towers is set in the town’s heyday, the postwar coal boom of the 40s and 50s. News from Heaven looks at what happened to Bakerton place after the mines closed, how a community keeps going when its reason for being disappears.

Each time I write about Bakerton, I’m convinced it will be the last time, that I’ve said everything I have to say on the subject. But Bakerton is a moving target. I wrote Heat and Light in response to what’s happening in western Pennsylvania right now. The gas drilling boom has been a game-changer for many communities, for good and for ill. It’s an irresistible story, a surprise third act for a region that wasn’t expecting one.

When I began researching Heat and Light, the drilling boom was going full force, and the national debate over fracking was raging. Josh Fox’s documentary "Gasland" had just come out, and environmental activists were campaigning for a moratorium on fracking in New York State – a measure that eventually passed. Voters in New York believed that gas drilling was an environmental catastrophe in the making, but in Pennsylvania the conversation was completely different. To many people, leasing their mineral rights seemed like the opportunity of a lifetime: why would anybody say no? I was struck by the contrast between New York and Pennsylvania. Why did the fracking issue play so differently “back home”?

The difference, I believe, is that Pennsylvania has always been an energy state. The first oil well in the world was drilled there. The Three Mile Island nuclear disaster happened there. Coal companies dominated the economy for a hundred fifty years. All that history has shaped the culture in profound ways, and I explore that in Heat and Light. In western Pennsylvania, prosperity has often come with a side order of environmental destruction. When I talk to people there about the ecological consequences of gas drilling, they’re quick to point out that coal mining and steel-making weren’t clean industries either. People still believe that environmental regulation killed the coal industry, and they’re afraid that the same thing will happen with natural gas drilling. To them, it seems like a binary choice: a town can be prosperous and dirty, or poverty-stricken and clean. 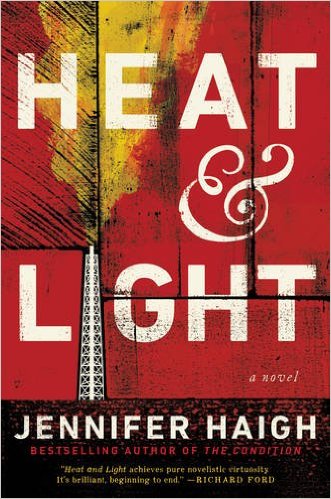