A Primer on the Existence and Seeming Nuttiness of North Korea

The Great Leader and the Fighter Pilot by Blaine Harden 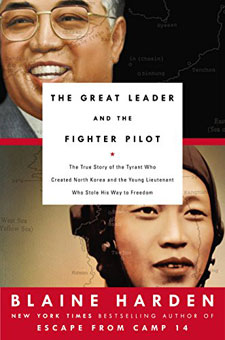 I'll admit that there are a few things that I'm obsessed with--disastrous adventures, iconic musicians, and lately, the Democratic People's Republic of North Korea, to name a few--and those obsessions are often reflected in these pages. So for those not into man-eating animals, pictures of Blondie, or the "very, very bad cinema" of Kim Jong Il, I apologize.

But, at least for the last item, I'm not a solitary weirdo. A lot of ink has been spilled writing about the Hermit Kingdom lately, and for good reason: it's inscrutable, ominous, and just plain strange. Author Blaine Harden has the bug, too. The Great Leader and the Fighter Pilot (available March 17) is his second visit to deliriously Orwellian country in three years, following his remarkable 2012 book, Escape from Camp 14. This effort is also well worth the trip. Relying on declassified documents and interviews, Harden applies is journalistic acumen to the task of tracking two pivotal players at the dawn of the Kim regime. On one side is Kim Il Sung, rising from his origins as a scrappy guerrilla insurgent to become the self-appointed "Great Leader" who brazenly, sometimes incompetently, pitted a triumvirate of superpowers against each other on the Korean peninsula. Harden exposes Kim's shadowy, contentious relationships with Stalin and Mao, both of whom underestimated the budding tyrant's recklessness--while overestimating his martial talent--in their game of global chess. On the other side is No Kum Sok, a young fighter pilot who silently labors as a secret traitor, patiently biding his time reciting state pabulum and waiting for the main chance to make a high-stakes flight for the south. The Great Leader and the Fighter Pilot expertly melds geopolitics with personal struggle, creating an exciting and illuminating account of a chapter of world history that still resonates today.

For people like me who can't quite put their finger on what makes North Korea tick, Harden has given us his take. The Great Leader and the Fighter Pilot is a selection for Amazon.com's Best Books of the Month for March 2015. 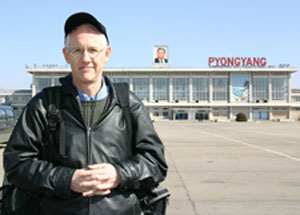 Why does North Korea exist?

The United States carved up the Korean Peninsula at the end of World War II. Using a small National Geographic map, two American colonels working late at night in Washington DC drew an arbitrary line. The U.S. took the South, which had two-thirds of the people and most of the decent farmland. The Soviet Union took the North, which had high mountains, fast rivers, and a long border with China.

Why are all the leaders of North Korea from a family named Kim?

To lead their puppet state, the Soviets picked someone they thought would be a puppet. His name was Kim Il Sung. He was a young Korean guerrilla leader who made his name fighting the Japanese, but his greatest gift was as a demagogue. He flattered Stalin, procured prostitutes for Soviet generals, and charmed the populace. When charm failed, he used big-lie propaganda, purges, and murder. During nearly half a century as Great Leader, he made North Korea into a Stalinist monarchy. When he died in 1994, his son took over, and when his son died in 2011, his grandson became leader. As measured by staying power, Kim Il Sung is arguably the greatest dictator ever. North Korea is still run by his rules and by his blood.

Why is North Korea so endlessly angry at the United States?

In part, it's performance art. Like all dictators, the Kims need an archenemy. When there’s a superpower boogeyman, it’s easy to rationalize repression. It’s also easy to sidestep accountability for hunger, isolation, and poverty. Paranoia about America justifies the regime's massive spending on rockets, nuclear weapons, and a huge army.

But there’s more to North Korea's anger than posturing. During the Korean War (1950-53), the U.S. Air Force carpet-bombed North Korean cities, killing hundreds of thousands of civilians. Americans never paid attention to the bombing and have since forgotten about it. But the Kims have worked hard to keep the bombing fresh. As I write in my new book, the family's argument goes like this: "Sure, it’s miserable living in North Korea, but don't blame us. Imagine how much worse it would be if we weren't protecting you from the American bastards. Never forget, their bombs killed Grandma."

How much longer will we have to put up with the Kims?

Who knows? Predictions of their demise have been wrong for decades. It depends on China, which supplies fuel, food, and hard currency to the North. China does not want an American-allied united Korean on its border. On the other hand, China's prosperity requires that it sell stuff in a global market. Chinese politicians are increasingly embarrassed by North Korea, whose nukes and human rights atrocities are bad for business. The current leader, Kim Jong Un, has been in power for more than three years. He has yet to be invited to Beijing for dinner. 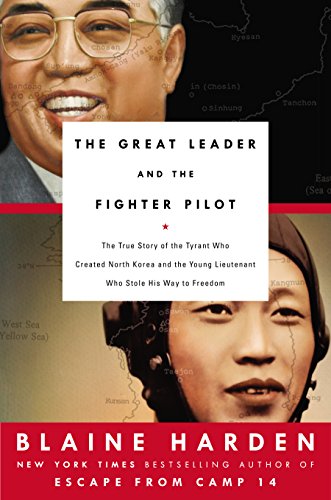 A Jury of Your Peers...
Read