Talking to Anne Fadiman About Her Memoir, "The Wine Lover's Daughter." 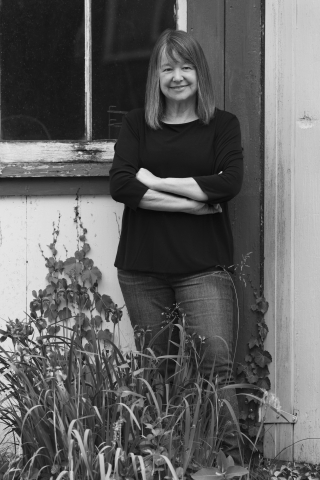 "Like most love stories, mine will mean something to lovers; rather less to those merely capable of love; to the incapable, nothing," Anne Fadiman's father once wrote. He was referring not to romance between people, but to his romance with wine. Clifton Fadiman was a one of the 20th century's great public intellectuals: books editor at The New Yorker magazine, essayist, anthologist, and television host, back when television included shows with titles like, "The Novel: What It Is, What It Does, What It's About." He brought books into the realm of self-improvement with The Lifetime Reading Plan, an introduction to the 100 books that every educated person should know.
Anne Fadiman inherited her father's thirst for knowledge and love of literature: she is the former editor of The American Scholar, and author of  The Spirit Catches You and You Fall Down: A Hmong Child, Her American Doctors, and The Collision of Two Cultures, as well as the essay collections At Large and At Small and Ex Libris. In her new memoir, The Wine Lover's Daughter, published this week by Farrar, Straus and Giroux, she creates a portrait of her father and their relationship through his love of wine. Her own feelings about wine were complicated from the start. She writes, “Starting when my brother and I were about ten, he regularly offered us watered wine, or rather wined water. I hated it but assumed that puberty would grant me a taste for C hâteauneuf-du-Pape, along with a taste for French kisses and all the other things that ten-year-olds found disgusting but adults reportedly enjoyed.” It didn't quite work out that way.
Anne Fadiman spoke to the Amazon Book Review about  The Wine Lover's Daughter by phone from her home in Western Massachusetts.

Amazon Book Review: You write, “My father … loved wine more ardently than anything except words.” Where did people fit into that?

Anne Fadiman: He did love people. He loved his family, but books and wine had entered his life earlier than my brother and mother and I did, and there’s something about those early loves: the fire burns more brightly.

You say that wine was the central symbol in his life. What did it symbolize?

Books and wine were interconnected in his mind. Both represented the patrician life that he always imagined lay on the other side of the river. As class symbols, books and wine are social vaulting accessories. They were that to him, but they were also the objects of absolute love.

What was your father’s background?

He grew up in Brooklyn. His parents were both Russian Jews. His father came from a small village near Minsk; his mother came from Ukraine. They owned a series of failing drug stores.

How did your father’s love of wine connect with his feelings about his identity as the intellectual child of poor immigrants?

In part, this is a memoir about social class, about my father creating a life in a different social class. In some deep way, he still felt he didn’t belong, even after he had become so successful. He always felt like a fraud. He had learned to speak English in a completely different way than his parents.

He was a self-made, self-invented man. He had this dream of being a patrician intellectual that he felt bore the marks of artifice and that any moment the jig could be up.

He came across as elegant and upper class. Partly because Fadiman is an ethnically ambiguous last name, he could “pass.” Not that he concealed the fact that he was Jewish, but if you had met him at a cocktail party you would have thought [he’d gone to] Exeter or Andover. In fact, it was Boys High in Brooklyn.

Of course, one the attractions of wine was that when Jews drank wine it was probably Manischewitz. Wine was associated with gentile life, which he very much aspired to. 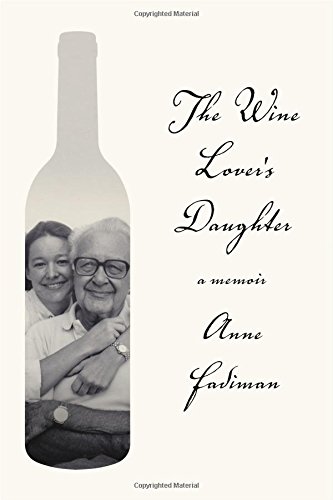 The Wine Lover's Daughter: A Memoir

How did he discover wine?

He went to Paris in 1927, when he was 23 years old, because his first wife, Polly, had decamped with an Italian count -- or possibly it was a baron. He went to retrieve Polly, and in order to afford this passage to France he translated two works of Nietzsche in the ship’s bar, a more pleasant place to work than his third-class cabin. He would nurse a glass of beer all day. Nine decades later, one of those translations is still in print.

To celebrate [their reunion] Polly takes him to lunch in a department store and she orders a bottle of white Graves. He wrote about this later and he said that it induced "mild catatonia." A soon as he put it in his mouth he knew that he had met the great love of this life.

In Brief History of a Love Affair, he wrote: The graves said, “I am your fate. You are mine. Love me.”

He really enjoyed telling that story at the family dinner table. In most families that wouldn’t have been appropriate, but we all knew that Polly had vanished from the story, but wine was still with him. The real romantic object in this tale turned out to be wine.

How did your mother fit into all this?

My mother was an extraordinary woman in her own right. She was the only woman war correspondent in China during WWII. She had been a screen writer at MGM.

My mother was a brave, no-nonsense reporter. She had been a famous reporter before my birth and gave everything up when she had my brother and me.

They drank wine together every night of their 49-year marriage. She enjoyed wine but she enjoyed milkshakes even more.

Did your father's love of wine last throughout his life? He went blind in his late 80s.

You would have thought that blindness would have ended everything. It turned his psyche around and his last few years ended happily.

The great thing about wine was that it was one of the pleasures that lasted. When he went to a program for newly blinded adults he was told that the notion that when you lose one sense, the others get stronger was a crock of lies. They are heightened not because one is improved but that when you lack one you pay more attention to the other.

What are your own feelings about wine?

My main sense, drinking wine, is that it tastes too strong. I swallow it very carefully down the center of my tongue. When I was researching this book, I went to see some taste scientists and discovered that my inability to love wine is purely biological. That got me off the hook.

I was talking to some of my friends in the course of doing this book, and a couple of them said, “My God, Anne, you never liked wine. I had no idea. You were a really good faker.”

I don’t hate wine. There’s a social pleasure to having a little wine that goes beyond its taste. So I still do drink wine, just not very much. I hope people won’t stop serving me wine, because its symbolic value exceeds its actual value.

Did your father know how you felt about wine?

We never talked about it. I feel that he knew but it was one of those unspoken things. I think he knew that my response was not exactly rapt but there was enough pretense in my response at least to keep the game going.

He knew that my brother Kim didn’t like wine – Kim was very clear about it. I asked Kim years ago why he thought neither of us liked wine. He said, “Because we didn’t need to escape our origins.”

You came of age in the 1970s — a very different era than your father’s youth. Did your father’s feelings about social status make it hard to bring friends home from, say, college?

He was always an incredibly congenial, polite and warm person with real social skills that came partly from artifice but partly from genuine curiosity about other people. I had friends from all kinds of social backgrounds. The ones who really were patrician WASPs would have made him happiest, but I think he would have been very, very encouraging to people who reminded him of his former self.