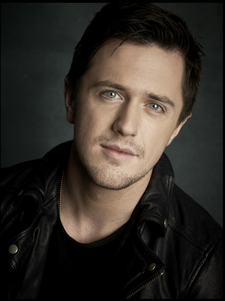 Pierce Brown is known for his wildly successful sci-fi series Red Rising, which continues with Iron Gold. Darrow makes another appearance, as well as a new character named Lyria--a Red confined to a refugee camp, which is testing her commitment to the Rising, but something extraordinary awaits when she manages to flee...

When Mr. Brown is not writing or turning down modeling requests, he loves to read too! What did he enjoy most in 2017? Browse his picks below, and look here for more celebrity favorites.

Antigone by Sophocles
A play written by Sophocles over two thousand years ago has breathed empowerment into generations of readers, and continues to find relevance today as a young woman stands up to the cold power of authority for the honor of her family, and a cause she knows to be right.

Neuromancer by William Gibson
Care to see where The Matrix and Ready Player One were born? This vibrant vision of a silicon future put cyberpunk on the map and blurs the line between fantasy and science fiction. It also packs one of the best lines of my childhood: "The sky was the color of television, tuned to a dead channel."

The Count of Monte Cristo by Alexander Dumas
You've probably seen the movie. You might claim to have read the book in high school. It's time to revisit Edmond Dantes. The perfect work of adventure fiction and a constant inspiration to me, Dumas explores the delights and horrors of revenge as young Edmond Dantes is imprisoned, escapes, and returns to seek vengeance upon his enemies.