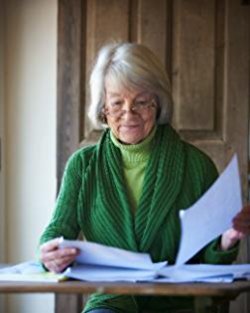 Judith Jones, who enjoyed more than 50 years as an editor at Knopf, has died at her home in Vermont. She was 93.

Knopf chairman Sonny Mehta in part had this to say:

It is impossible to imagine book publishing without Judith. Her authors have been recipients of five Pulitzer Prizes, five National Book Awards, and three National Book Critics Circle Awards, and her cookbook authors have been recipients of forty-one awards from the James Beard Foundation and thirteen awards from the International Association of Culinary Professionals. And Judith herself was honored with lifetime achievement awards from both the James Beard Foundation and IACP. It is no exaggeration to say that she profoundly influenced not only the way America reads but also the way we cook.

Judith worked at Knopf for more than fifty years. She joined the company in 1957, and she officially retired in 2011. But her legacy continues to this day.

This morning, the Washington Post ran a long piece on her life.

Below is an interview with Judith Jones that we ran in 2011, on the 50th anniversary of the publication of Julia Child's Mastering the Art of French Cooking.

A Conversation with Editor Judith Jones: on 50 Years of Working with Julia Child

Judith Jones, who retired just last week from Knopf after a long and distinguished career of editing and writing books, has recorded many a literary milestone. She is famously know as the editor who rescued The Diary of Anne Frank from a rejection pile in Paris, urging Ken McCormick to publish it at Doubleday. She was also the person who brought Julia Child to Knopf. That was fifty years ago, and we were recently lucky enough to talk to Judith Jones about the 50th anniversary of Mastering the Art of French Cooking, about a life spent working with cookbooks, and where cookbooks might be headed in the future. 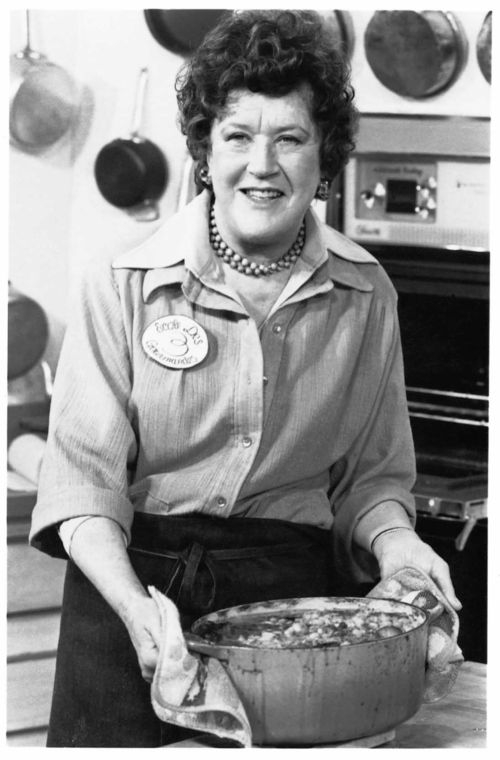 Why has this book gained such a sacred place in the pantheon of cooking?

I think that Mastering the Art of French Cooking has earned a unique position among cookbooks because it is a one-of-a-kind achievement. It is a genuine teaching book that instructs American home cooks to understand the basic techniques of good cooking, that explains the whys and wherefores: what are the right ingredients (and possible substitutes)--the cut of meat, the secrets of browning, the process of glazing, the reduction of a sauce, what part of a recipe could be done ahead, etc. Julia treated cooking as an art, and that meant that you had to learn these basics in order to have confidence to make judgments and subtle adjustments until the taste was just right. In other words, she empowered us to become good cooks. No book has come close to teaching the basics in the 50 years since Mastering was first published.

Mastering the Art of French Cooking certainly changed my life both as a home cook and as an editor. As a result of its success I made it a mission to explore new culinary worlds, to seek out good writers who could explain lesser known cuisines that we were beginning to enjoy but flying blind when we attempted them at home. Recently I have felt particularly grateful that a new generation of Americans is experiencing the pleasures of good cooking.

How has the country’s relationship with food changed since the original publication?

Our relationship with food in this country has undergone a real revolution since the 60s. We no longer think of home cooking as demeaning, as something we don't have time for, and we can feel empowered to try anything and be creative. Recently we have become much more aware of the sources of the food we eat and the pleasures of shopping at farmers' markets.

What would Julia Child have thought about this change?

Julia would have been thrilled at what has happened in America, particularly that we have managed to conquer some of "the fear-of-fat mania" (as she called it) of the 90s and that we seem to better understand that moderation, eating a little of everything, is the way to go.

What is the future of cookbooks?

It is an exciting time now because of all the digital possibilities that are open to us today. We certainly can make cookbooks easier to use in the kitchen and there is much to explore in the app area that can furnish valuable additional information to the home cook. Not that I think for a moment that these devices will or should replace a beautifully made hardcover book that can not only stand up to the wear and tear of constant use but that can also be read happily in bed. There is nothing like turning your own pages and dreaming of what you will be savoring tomorrow.