"Ninefox Gambit" and Gender and Sexuality in the Hexarchate 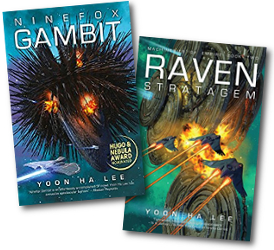 Science-fiction novel Ninefox Gambit was a Locus Award winner and a Hugo and a Nebula finalist for its brain-bending and imaginative new ideas as well as space battles and backstabbing galore.

But there are other thoughts bubbling under the surface of Ninefox Gambit and its recently published sequel, Raven Stratagem, as author Yoon Ha Lee reveals below. —Amazon Book Review

When I originally conceived the hexarchate as a setting, I didn’t want to deal with the topic of gender or sexuality except as a background item. I particularly didn’t want to deal with the topic of being transgender, because I’m trans myself and it’s uncomfortably personal to talk about. It ended up slipping into Ninefox Gambit anyway at the metaphorical level with my two main characters, Cheris and Jedao, forming something like a trans system when Jedao, a (male) ghost, “possesses” (female) Cheris. With the sequel, Raven Stratagem, I decided that I might as well surrender to the inevitable, with the result that the book has three trans characters, one of them the protagonist.

Most of the hexarchate has a relaxed attitude toward gender identity or different sexualities. I had a few reasons for writing it this way. I don’t personally object to settings that feature oppression, because oppression is a feature of real life and I don’t see why it should be a verboten topic for those who wish to examine it. For example, I really enjoyed Seth Dickinson’s The Traitor Baru Cormorant, whose Evil Empire forbids homosexuality and polyamory, and whose heroine is a conflicted lesbian who is attempting to use the Evil Empire for her own ends. But on the other hand, I didn’t feel like writing such a setting this time around when I had other fish to fry. I wanted to talk about long odds and ridiculous gambits and Big Space Battles, not Big Space Gender/Sexuality Oppression.

My feeling when I constructed the hexarchate’s society was that yes, the hexarchate is a terrible dystopia, where people are routinely tortured, life is cheap, and soldiers’ lives are thrown away like grass clippings. But there wasn’t any prima facie reason, as far as I could tell, why the hexarchate would automatically be jackasses about people of varied sexualities and gender identities. They’ve had artificial wombs (“crèches”) for long enough that there’s no automatic reason to discriminate against women; sex and body changes are fairly easy if you want; and most people are genetically optimized to begin with. If people want to have kids, presumably they have advanced reproductive technology to deal with that if necessary (e.g., in the case of gay partners), or they can get donated eggs and/or sperm, or adopt. Polyamory is unremarkable except among the Kel, who actively favor it because the Kel philosophy is Strength in Numbers, and that extends to the parent-child ratio for families having children. As for whether you’re gay or straight or bi or ace or none of the above, they...don’t care? Most of this is either not spelled out or only hinted at because the characters find it utterly unremarkable and, as I said, I wasn’t writing a story about reproduction or family or relationships, I was writing a story about Big Space Battles.

My one regret is that I didn’t emphasize non-binary characters in Ninefox Gambit, because I was not aware of non-binary folk in real life at the time I wrote the rough draft. I’ve since revised the setting to try to improve their representation. For example, the Shuos hexarch’s assistant, who is an important character in Raven Stratagem, is non-binary. So, mea culpa. I’m sure I’ve missed other things, and I’m sorry; I’ll try to learn as I go.

I had another thing in mind, though, which was that I didn’t see any reason why the hexarchate, as horrifying as it is, needed to be equally horrifying on all axes at once. While certainly a fictional oppressive police state could be oppressive about sex and gender—goodness knows there are real-life precedents, alas—I didn’t think that had to be a given. I’m not a political theorist or a historian. But I wanted to think of this the way I think about characters. Even a very evil character doesn’t need to be (and probably shouldn’t be) evil by doing every bad thing in sight just because it’s evil; they might have certain standards, things about which they’re sentimental, or things they just don’t care about. Even evil characters are people, and people are rarely caricatures. My books include some fairly evil characters, but that doesn’t mean every one of them is simultaneously mass-murdering and a rapist and a racist and a misogynist and...you get the idea. So my fairly evil government, too, includes this one area in which it’s not, in fact, evil for the sake of it. 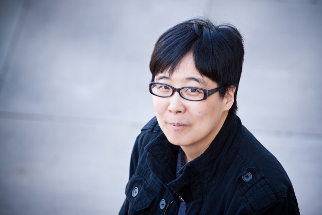 Yoon Ha Lee is a writer and mathematician from Houston, Texas, whose first novel, Ninefox Gambit, came out in 2016 from Solaris Books and was shortlisted for the Nebula, Hugo, and Clarke awards.  Its sequel, Raven Stratagem, published in June 2017. Yoon’s work has appeared in Clarkesworld, Lightspeed, and The Magazine of Fantasy and Science Fiction. He has published over forty short stories, and his critically acclaimed collection Conservation of Shadows was released in 2013. He lives in Louisiana with his family and an extremely lazy cat, and has not yet been eaten by gators. 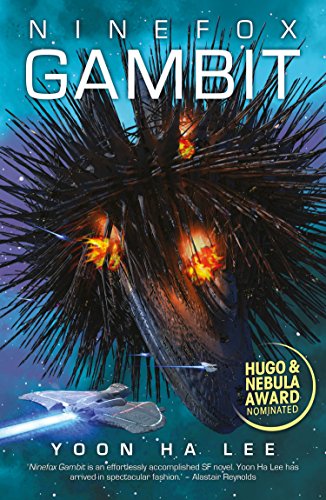 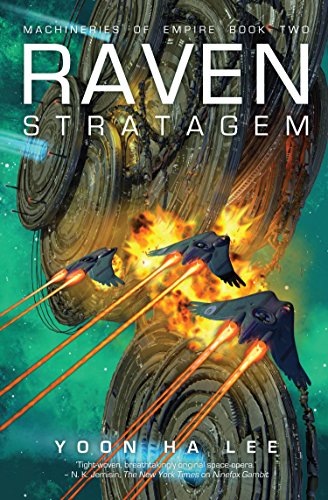