We've been talking a lot lately about Alex North's thriller The Whisper Man. Clearly, it's a book we think readers will want to know about and it made our editors' picks lists for both the best books of August and top 10 Mysteries & Thrillers this month.

I won't go into much plot detail here, since if you've been reading the Amazon Book Review this week, you probably already know what I'm going to say. But for those who haven't, let me just set the stage for what to expect in The Whisper Man: Tom Kennedy and his son Jake move back to Tom's small hometown after a tragedy tears their family apart. A boy Jake's age is kidnapped just as they return.  The town has a serial killer in it's history, a man who is still incarcerated, but the new case has hallmarks of the past. Lots of twists, spine-tingling suspense, and unexpected relationships--this is a thriller that seems like it's going in a familiar direction but doesn't.

When I finished The Whisper Man, my jaw hit the floor. I had to talk about the ending. And, I was dying to ask the author a few questions...One of the things I learned from my email interview with Alex North below is his desire for readers to not just enjoy the suspense, but also that they feel an emotional connection to Jake and his father. I certainly felt that pull, and it made the unease I felt all the more urgent, not wanting harm to come to either of them...

Seira Wilson:  The Whisper Man is incredibly creepy and suspenseful but I didn't feel manipulated. Was there a feeling/emotion/physical sensation you wanted the reader to experience?

Alex North: All I knew when I started working was that I wanted to write a book about fathers and sons--a father and son who had lost their wife/mother and were struggling with their grief and how to connect to each other. I wasn’t even sure how to make it creepy and suspenseful to begin with. Then one day, just after we’d moved house, my own son, who was about four or five at the time, started talking to himself while I was in the kitchen. I asked him what he was doing, and he said he was “playing with the boy in the floor”. At that point--as freaked out as I briefly was--I figured I’d caught a glimpse of the little boy who’d be in my book.

But as much as I love it when I hear readers say they found the book creepy or suspenseful, I’m always more pleased when someone describes it as moving. The books that stay with me the most are the ones I have an emotional response to, and I’m glad that people are getting that from The Whisper Man--that they like Jake, and empathize with his and Tom’s relationship as much as I wanted them to. Because for all the thrills and chills, it’s their relationship that is the heart of the book.

SW: There are some great twists in The Whisper Man, did you stay pretty close to your original plan/outline for the book or were there any major changes that you made to the characters or plot once you got started?

AN: I didn’t have much of a plan when I started writing. I had the beginning and a vague idea of the ending, and I knew a few of the stops along the way. So a huge amount changed as I worked on the book--or rather, most of it emerged very slowly as I went. I find I have to write a first draft before I figure out what the book should have been about all along. Which is obviously not the most efficient way of working! But it’s the only one I know. So most of my first draft was actually scaffolding, and the finished building itself emerged eventually in the edits.

SW:  Can you tell me a little about the creepy childhood rhyme the kids say about the Whisper Man in the story?  Is that based on something you’d heard as a child?

AN: The first two lines of the rhyme came to me from nowhere in a moment of serendipity. I was working on the book, and the couplet just arrived in the background of my head. I wasn’t sure about it at first, but jotted the lines down anyway, and they kept nagging away at me so I decided to go with them.

I’ve been fascinated for years by the spooky things that children can say. There are so many threads about them on the internet – a family might be driving past a cemetery, for example, and their kid innocently points at it and says “that’s where I used to live.” I love that kind of stuff. And I suppose the rhyme played into that, along with the boy in the floor.

SW: As the father of a young son, did writing this story about a father/son relationship and also events that are, really, a parent’s worst nightmare, affect you in a way you didn’t expect?

AN: Honestly, not really. For one thing, I knew more or less what the story was going to involve and I also knew I was going to approach it in a certain way--that I was going to present the worst of it from a very oblique angle. It’s a dark book that deals with disturbing subject matter, but it’s not explicitly violent. And I try my best to treat writing a scene as a technical exercise, so it was fairly easy for me to keep my distance from the events on the page.

But obviously, you’re always writing about yourself to a degree. One of the lessons Tom needs to learn in the book is to let his son be himself, rather than try too hard to shape him in his own image, based on the things he’s experienced and the lessons he’s learned. I found I was recognizing that trait in myself more and more, and it was good to be reminded to keep a lid on it.

SW: Frank Carter’s character [the incarcerated serial killer in the novel] reminded me a bit of Hannibal Lecter (with some quite notable differences, of course)--are you a fan of Thomas Harris? Any favorites among past or present thriller writers?

AN: Yes, I love Red Dragon and The Silence of the Lambs. My introduction to those books actually came from the films. I watched Michael Mann’s Manhunter on video and that blew me away, and I remember being too young to watch The Silence of the Lambs when it was first released, but sneaking into the cinema and loving every second of it anyway. They’re two of my favourite films still, and I’ve re-read the books several times as well. They’re both masterpieces.

And such was their influence on the genre--for better or worse--that it’s pretty much impossible for a novel to include a police character visiting a serial killer in prison without inviting comparisons. Frank Carter is very different from Lecter though. He’s not particularly intelligent, and he certainly isn’t cultured. He’s more of a sly, narcissistic thug. Rightly or wrongly, Lecter ended up as a pop cultural icon, perhaps because there was something appealing about him despite his crimes. I don’t think that could ever happen with Carter. He’s a deeply unpleasant monster.

In terms of present day writers I love, there are far too many to mention. Mick Herron is consistently amazing. Steve Cavanagh is knocking it out of the park right now, book after book. Helen Fitzgerald and Sarah Pinborough are brilliant. Tim Willocks had a new book out last year that was superb. But really, in terms of crime fiction, it feels to me like we’re in a new Golden Age at the moment. There’s so much great stuff out there, and so many fantastic writers who are working at the top of their game.

SW: I don’t want to spoil anything for readers, but when I read the last chapter, I really had a “holy sh*t!!” moment.  I LOVED it.  Very unexpected.  Without giving anything away, can you tell me what made you decide to finish the book with a truly dark surprise?

AN: I find this interesting, as the UK and US editions of the book end in different ways. All the characters get the same identical endings, but the UK edition ends from Tom’s perspective, whereas the US edition concludes with the Whisper Man in prison. I don’t know which order I prefer--I waver on it day by day, as I think they’re both decent ways for the book to land. But in terms of the prison scene, that just felt like the right conclusion for the characters involved. It was where they needed to get to. And I’m really glad you loved it!

SW - I was curious about North's answer above so I got in touch with Ryan Doherty, Executive Editor at Celedon Books, who is also the US editor of The Whisper Man.  I asked Doherty for the backstory on the different endings and here's what he said:

Ryan Doherty: The final scene in the prison has always been there, but Alex had it a bit earlier in the book on a previous draft. I just love that final line of that scene and knew it would be the perfect finish. It gave me goosebumps as I read it then. It still does. I wanted to move it to the way end of the book, so the reader ends on this shock moment and will close the book with a grin, just like you did, Seira. Alex liked the idea, but he also liked the original ending with Tom and Jake. So I proposed that we have slightly different endings on the two editions, and we all agreed.  The characters all end up in the same place in both the US and UK books, but way the story unfolds is different.

Okay, now back to my email conversation with Alex North...

SW: What’s the last book you recommended to a friend?  Anything coming out this year that you’re looking forward to?

AN: Probably Slow Horses by Mick Herron--that’s the first book in his Jackson Lamb series, and everybody should be reading that. Every time I talk to someone who hasn’t started it yet, I kind of envy them for the sheer enjoyment they have waiting ahead of them. In terms of what I’m looking forward to, there’s way too much to choose from. But at the time of writing, my birthday is approaching and so I haven’t been allowed to buy books for the last month. Two of my favourite writers, Christopher Priest and Ted Chiang, have new SF short story collections out, and it’s taken all my resolve not to buy them… 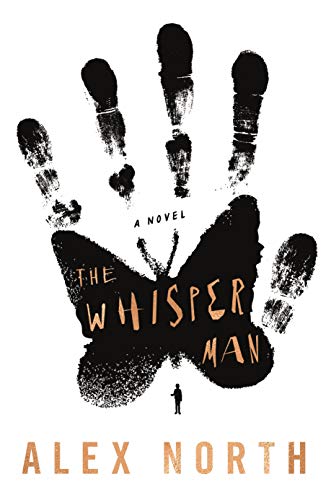