Whether you are dreaming of a vacation on the beach or lucky enough to be there in person, three new books – two novels, one memoir – will make you view that landscape with fresh eyes. 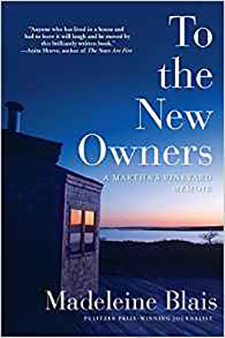 To the New Owners: A Martha’s Vineyard Memoir by Madeleine Blais

When Madeleine Blais met fellow journalist John Katzenbach at the Trenton Times in the 1970s, she never guessed that his parents’ summer home (a beautifully situated shack, of sorts) would become the source of so much happiness in their lives together. To the New Owners is a love letter to good times spent on Martha’s Vineyard before the house was sold. Friends, some of them famous, put in cameo appearances and broaden the scope of this family memoir to something akin to a cultural history. Blais is a vivacious storyteller “possessed of an archival mentality” who quotes extensively from newspapers, personal correspondence, and the “log,” to which visitors contributed. The effect is a mix of impressions and voices which bring the beloved house back to life. 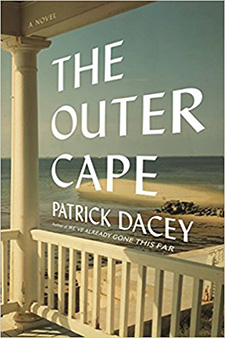 The Outer Cape by Patrick Dacey

In this debut novel, Patrick Dacey finds a mother lode of love in the coastal town he calls Wequaquet, though living there doesn’t bring the family at the heart of The Outer Cape the happiness they expect. Robert and Irene Kelly meet in New York City and settle with their two young sons back in Massachusetts, where the family prospers until Robert’s real estate development business founders in the recession. Dacey evokes the pleasures of landscape and sea, but there’s a toughness, and roughness, to the Kellys’ lives that casts grit on even their moments of privilege. Their Cape is not the playground of comfortably-off summer people, but a place subject to almost elemental shifts in fortune. The Amazon Book Review Editors chose The Outer Cape as one of the Best Books of the Month for July. 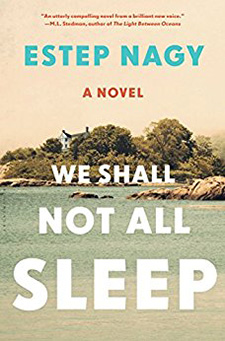 We Shall Not All Sleep by Estep Nagy

Set during the summer of 1964, Nagy's debut takes its title from I Corinthians: “Behold: I tell you a mystery: we shall not all sleep but we shall all be changed.” Indeed, three days on a remote Maine island called Seven bring significant changes to its summer residents, the not-entirely-friendly clans of the Hillsingers and the Quicks. There are deaths, betrayals and revelations about family ties to the Communist party and the CIA, the disappearance of a lamb, and the reappearance of a child. Nagy writes fluently of the island’s old-world WASP milieu, with its privileges, rituals, and sometimes surprising credos. As an older character says to a younger one: “To learn when to lie, and to whom, and how to do it well—these are all parts of the world, or at least they are part of the unfortunate world that we have left you.”