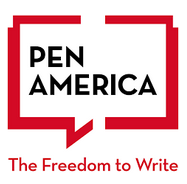 Congratulations to the finalists of this year's PEN America Literary awards, announced this week (most of the winners will be revealed on February 22). Recognizing the best in the fields of fiction, nonfiction, poetry, biography, essay, translation, and more, recipients will share a $315,000 cash prize--the largest in PEN's history. Here is what the Amazon Editors had to say about some of the books on the shortlist. To view the full list, click here.

The Mothers by Brit Bennett
The Mothers is an absorbing and powerful novel about motherhood, female friendship and finding love with a broken heart. Brit Bennett will captivate you with her characters – who are hurting, flawed and trying to navigate the unsteady transition into adulthood. Seventeen year old Nadia Turner has her world turned upside down when her mother commits suicide and shortly thereafter, she discovers she’s pregnant with the pastor’s son’s child. Nadia finds a safe harbor in her best friend Aubrey, but as the years go by, her past decisions invade the present, ushering in a new wave of wounds. The Mothers ambitiously tackles heavy circumstances, but the hope of these young black women and Bennett’s ability to convey the ferocity of what it means have a mother, to be a mother, and to want a mother, make this novel a resoundingly magnetic and essential read. --Al Woodworth

Evicted by Matthew Desmond
It’s the rare writer who can capture a social ill with a clear-eyed, nonjudgmental tone and still allow the messiness of real people its due. Matthew Desmond does just that with Evicted as he explores the stories of tenants and landlords in the poorest areas of Milwaukee during 2008 and 2009. Through both personal stories and data, Desmond proves that eviction undermines self, family, and community, bearing down disproportionately hard on women with children. In Milwaukee, being behind on rent gives landlords the opening to serve an eviction notice, which leads to a court date. On the face of it, it may seem easy to side with the landlords—of course tenants should pay their rent. But as Evicted pulls back layer after layer, what’s exposed is a cycle of hurt that all parties—landlord, tenant, city—inflict on one another. Whether readers agree with Desmond’s conclusions for how to break this cycle in order to strengthen families and neighborhoods, it’s obvious by the end of Evicted that there is no easy fix, and that people—some addicts, some criminals—will slip through the cracks. But it should be just as obvious that we must still try. --Adrian Liang

Bad News by Anjan Sundaram
While Bad News is Anjan Sundaram's telling of his experience running a journalist's training program in Rwanda from 2009 to 2013, it isn't overly heavy on journalism or activism, but rather brings the feeling of a suspense or thriller plot. Through excellent writing, Sundaram demonstrates the overwhelming presence of fear and control from the Rwandan government and the constant steps they take to prevent anyone from speaking out against their single way of thinking. This is very much a story of the power and need for freedom of expression wherever you are--whether in Africa or the United States. --Penny Mann

Lab Girl by Hope Jahren
I was doubtful that I would like this book. While I appreciate a beautiful flower as much as the next city-girl, the thought of reading a whole book about a geobiologist-- a scientist who spends her life studying plants, trees, soils as well as flowers--made me want to run to the nearest dysfunctional family memoir about crazy parents and their wounded children. But Hope Jahren won me over very quickly. Somehow she knows me: “the average person [who] cannot imagine himself staring at dirt for longer than the twenty seconds needed to pick up whatever object he just dropped.” And she doesn’t judge. Instead, she just tells her story, which, it turns out has a lot to do with plants and science, of course--her father was a scientist, she basically grew up in a lab, and taking long walks through nature was the way she communed with her reticent Scandinavian American parents--but also has a lot to do with other things. Like life, for instance, and friendship and passion and love, for ideas, for work and for all living beings, including--shocker!--people. Surely many readers will feel as I did that the story of her relationship with Bill, her physically and emotionally damaged lab partner, is at the heart of this wonderful story; it’s unusual, it’s inspiring and it doesn’t fit neatly into the little window box we think we’re supposed to favor. And if Jahren can surprise you about all that messy human stuff, just think how she can change your feelings about dirt. --Sara Nelson

Krazy: George Herriman, a Life in Black and White by Michael Tisserand
Krazy: A Life in Black and White is the exhaustively researched and fascinating story of a trailblazer with a secret. Nicknamed “The Greek” by a fellow cartoonist, owing to his swarthy complexion and curly hair (which he typically kept hidden under a fedora), it wasn’t until George Herriman, creator of the perpetually lovestruck Krazy Kat, had been dead for twenty-seven years that a would-be biographer discovered the secret Herriman had guarded all his life. He was the product of a mixed-race marriage, and had, like two generations of Herrimans before him, been able to “pass for white.” The creator of a comic strip that has been infinitely more influential among cartoonists and intellectuals than it was popular with the American public (the strips only appeared in newspapers for twenty years because newspaper magnate William Randolph Hearst was such a fan he gave Herriman a lifetime contract; a visitor to Herriman’s editor found an office junior sopping up a water leak with original Krazy Kat art), this new biography finally gives Herriman his due and frames him as a visionary whose influence helped shape popular culture for decades after his death. —Vannessa Cronin