Talking with Adam Rippon about his memoir "Beautiful on the Outside" 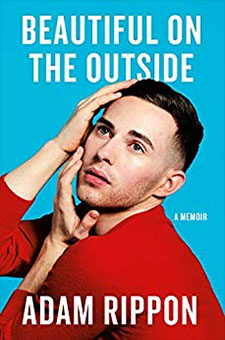 Olympic figure skater and entertainer Adam Rippon recently came to visit and we talked to him live onstage for an Amazon Fishbowl interview. He had the audience laughing for much of the hour, filling us in on details from his memoir, Beautiful on the Outside, and answering our questions about his life before and after Olympic glory.

Beautiful on the Outside is a very funny, wildly candid memoir about Rippon's life, and the highs and lows of a skating career that captured millions around the world in the 2018 Winter Olympics and in which he became the first openly gay U.S. Olympic athlete to win a medal. I thought the book seemed to channel his personality before I ever met him--and after he came to visit I found this to be all the more true.  Clever, witty, and scrappy-with-style, Rippon's book was a pleasure to read and he's a delight in person.

Below are a couple of moments from our conversation and you can watch the entire video below.  You can also see what books Rippon has been reading and loving lately in this Celebrity Picks 2019 post.


Seira Wilson: [from reading your book] it seems like at a certain point it became less about winning a medal and more about just getting to the Olympics that became what was most important to you, is that true?

Adam Rippon: I think for so long I needed to go to the Olympics, like I had to go.  And if I didn't go, it meant I'd wasted everyone's time. I had wasted my own time, wasted my parents time, I wasted my mom's money. I just felt like I was consumed by that. And when I didn't qualify for the second time in 2014, it felt like okay, this is never going to happen.  This thing I've been working towards for so long just slipped through my fingers and within five minutes I was forgotten. And it came and went like *that* and I missed out, and it was never going to happen.

It was a longer road than I wish it was, but I'm glad I had the time to figure out what it was.  I think it's so easy to be consumed in what we do, when we feel like we're only good at what we do. That's how I felt. Maybe it's not how you feel, but for me, that's what I felt like. And when I found other things I was good at, I realized skating didn't need to be this one thing that I had.  In 2015, the nationals, I decided I was going to just train as hard as I can, I'm going to give it my absolute best, and just see what happens....  I came to the place where I decided that if I just focus on myself, I can walk away from any competition, no matter what the placement is, but if I give it my best, I truly have a feeling of success.

Seira Wilson: Did you ever imagine you'd have a skating costume in The Smithsonian museum?

Adam Rippon: Whoa. History...There are surreal moments like that. I think of when I got that costume made, one of my friends made it for me, and he said, "so, what do you want?"  And I said, well I want something blue. And...slutty.  And now that's in a museum! So funny how it all works out in the end, you know? 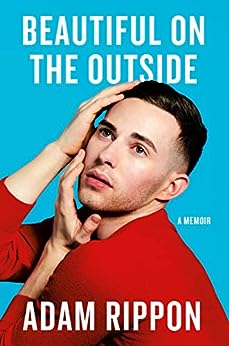 Beautiful on the Outside: A Memoir
Adam Rippon