Talking to best-selling thriller writer Barry Eisler, an author who has been very busy lately 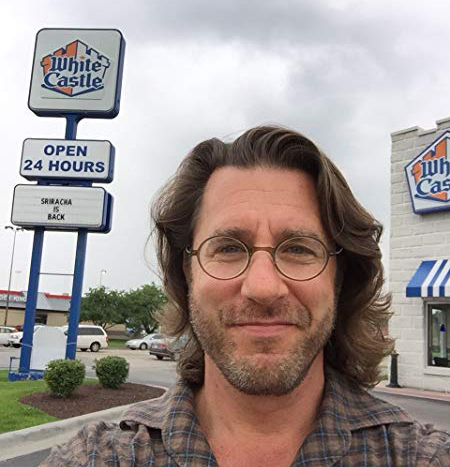 Barry Eisler's career as a thriller writer is nearing the twenty year mark. Before that, the award-winning and internationally best-selling author held a variety of interesting jobs that, when you read his books, appear to have been the perfect preparation for his career as a novelist. Eisler held a covert position with the CIA's Directorate of Operations (now called the National Clandestine Service). He was an attorney in an international law firm. He was in-house counsel at the Osaka headquarters of Panasonic. And he was an executive in a Silicon Valley technology startup.

He has been writing up a storm lately, so we caught up with him to talk about his latest work and see what's next.

Chris Schluep: At the beginning of this year, you published the bestselling The Killer Collective, in which you brought together characters from three different series. Why did you decide to create a killer collective?

Barry Eisler: The idea started with The Night Trade, where my series character, Seattle sex-crimes detective Livia Lone, teams up with Rain’s partner, former Marine sniper Dox. That turned into an interesting, complicated relationship. And I started wondering…what would happen if Livia, in the course of her cop duties, uncovered something so big that she was targeted in an attempted hit? Would she call on Dox for help? Would Dox call on Rain?

And what if Rain had earlier been offered the hit himself…?

And what if Colonel Horton, from the Ben Trevan series, were the guy who was called up to broker the hit? Then Trevan would get involved, and Larison…

Once I started playing around with it, the idea became irresistible. The characters from the Rain, Livia, and Trevan universes are all so different—different motivations, different training, different worldviews, different personalities—that the idea of forcing them together, all their tangled histories, and smoldering romantic entanglements and uncertainties and jealousies and doubts, under the relentless pressure of extremely resourceful adversaries…looking back, it seems almost inevitable! And I sure had a lot of fun doing it.

What are the challenges to keeping three different series going?

It’s funny, for whatever reason, it doesn’t feel especially challenging. I love these characters and it’s a joy to spend time with them—getting to know them better, seeing what they do. I think what would be hard would be trying to keep them apart. Because even though it wasn’t planned, the different series seem to have gravitated toward one another, overlapping in ways that have led me to stories I could never have done if I’d tried to keep the series separate. 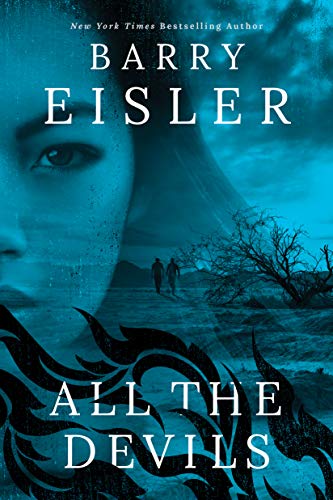 Do you have a favorite protagonist—and if you’re comfortable with saying, who and why?

I love Rain because he’s so conflicted. I love Dox because he makes me laugh—literally, laugh out loud even as I’m writing him. And I love Livia because I just love her. She’s so damaged, and so brave…just as Dox makes me laugh even as I’m writing him, Livia makes me cry. Strangely, not from her tragedies, but from her triumphs. And not when she’s shut down, but when she’s struggling to open up. I wrote a ton of the first book, Livia Lone, in a Seattle coffee shop called Uptown Espresso, and I’m amazed no one called social services because the guy at the corner table tapping away on his laptop was a damn waterworks the whole time.

You published the 3rd Livia Lone book this week. Where did the idea for her character come from?

I tend to think of All The Devils as the fourth Livia book, because she had such a central role in the previous book, The Killer Collective, which was my Avengers: Infinity Wars series mashup. But let us not quibble… :)

Most of the time, I can’t remember exactly what sparked a story idea. Something just comes to me, and I start playing around with it, asking the usual who, what, where, when, and why questions.

But Livia is unusual in the way her origin stands out. I was driving down to Los Angeles with my wife Laura, who’s also my literary agent and collaborator, to meet some television people. I wasn’t happy about some of what they were doing and was ranting, “I mean, the next thing you know, they’re going to take Ben Trevan (my black-ops soldier series character) and turn him into a girl!”

We were quiet for a moment, and then I said, “Which, actually, could be kind of cool. I mean, not La Femme Nikita over-the-top stuff. But a woman who’s a top assassin…where would she come from? What kind of formative experiences would she have had? It’s unusual for a woman to be a hitman, or rather, a hit woman…did she have some kind of traumatic past? Did the government discover and train her?”

At which point, Laura said, “She’s not an assassin. She’s a cop.”

The idea immediately felt right, and for the rest of the drive we brainstormed about where this woman was from, how she became a cop, why she was killing people if not as a contractor of some kind…all that kind of stuff. By the time we got to LA, I was so juiced about the character that I did something I’ve never done before or since: I set aside the manuscript I was already working on—a story about John Rain, my half-Japanese, half-American “natural causes” assassin—and immediately got to work writing Livia Lone. 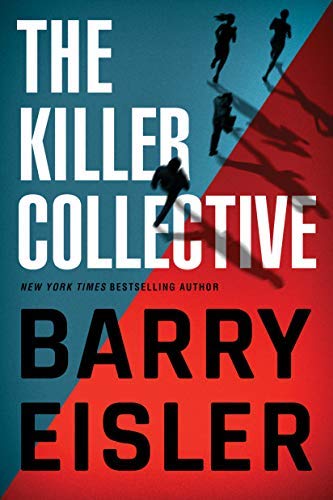 How do you describe the new book?

In contrast to The Killer Collective, which was a big canvas with international locations and a huge cast of characters, All The Devils is a small book, with far fewer locations, all of them domestic, and a tight cast of characters. Perhaps paradoxically, painting on this smaller canvas was challenging, maybe along the lines of how Mark Twain is supposed to have said, “I apologize for writing such a long letter, but I didn’t have time to write a shorter one.”

All The Devils is also something of a departure in that, among other things, it functions as a police procedural. It’s not a whodunit—you know right from the prologue exactly who done it, and my villains are both monstrous and also human, an uncanny valley thing that I think makes them especially disturbing. But Livia doesn’t know who they are, or how they’ve been getting away with disappearing teenaged girls for so many years in so many disparate places, and she and her unofficial partner—Homeland Investigations Investigator B.D. Little, whose own daughter is one of the disappeared—need to find out before the next girl disappears.

So while All The Devils has many of the elements I think my stories are known for—suspense, realistic action, tradecraft as I learned it from the government, etc.—what really makes the book sing for me are the quiet moments between the characters. Their suspicions, their doubts, their determination. The bonds that hold them together despite all the imperatives driving them apart. Thomas & Mercer has done a great job in positioning the book based on its genre elements—“For Livia Lone, justice is only a guideline. Revenge is the rule”—which I think is the right way to hook potential readers. But I think what’s going to generate the word of mouth, and hopefully propel the long shelf life of the book, are the characters, and the way they get in your head and stay there.

You’re a political junkie. How does that inform your writing?

Well, it certainly makes coming up with new plots easier, because I doubt I could dream up the kind of stuff the US government is actually up to. As just one example: in 2013, while I was working on The God’s Eye View, I was concerned that the bulk domestic surveillance program (sorry, “data collection program”) I was depicting would be too out there. And then Glenn Greenwald and Laura Poitras broke the Snowden stories, and I realized what I thought might be too out there wasn’t nearly extensive enough. As ever, what’s bad for America is a boon to thriller writers…

And more recently, reading the Miami Herald’s great coverage of the Jeffrey Epstein cover-up got me interested not just in the horrific things powerful men do in the absence of transparency and accountability, but even more so in the networks of similarly powerful and privileged people who protect them. Which is part of what led to All The Devils.

What authors do you enjoy reading?

Too many to name! So I’ll stick with what I’m reading now: the ARC of Andrew Vachss’s new book, Carbon (it’s awesome), and in audio, Patti Smith’s memoir Just Kids, which Smith reads herself and is one of the most inspiring, aching, beautiful things I’ve ever read.

What are you writing next?