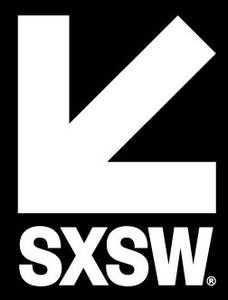 The annual South by Southwest conference started today in Austin, TX. Many people discover the festival through its (awesome) collection of musicians and concerts that play throughout the nine day gathering. However, beyond music, South by Southwest also garners workshops, events, and speakers from the film and interactive media industries. While the specific themes change each year, there is always a presence of best in class talent and industry trends echoed throughout the events.

This year many of the keynotes (from Joe Biden to Garth Brooks), along with a slew of featured speakers, will be touching on equality in work and art, the space sciences, augmented reality, social impact influences, and the overall direction of all things digital.

With over four tracks of workshops and speakers, as well as over three festivals in one, it would be practically impossible (at least in one blog post) to highlight all the influential people and books inspired by the likes of them and their work - but I will try to highlight a few below. You can also find out more about these titles, and the one's I may have missed, over on our inspired by South by Southwest page.

Adam Grant, co-author of Originals with Sheryl Sandberg, will be speaking Monday on the interactive track. Considering he rocked out his 2016 TED talk and was recently named one of the world's 25 most influential management thinkers, I am sure his keynote will be riveting - not to mention the hopes that he will drop some hints about his upcoming book, Option B, also co-authors with Facebook COO Sheryl Sandberg.

Jill Soloway, who is possibly most known as the creator of the Amazon Studios show Transparent, will be keynoting on the film track - no doubt speaking about her ground-breaking work in television but also highlighting her upcoming television adaptation of Chris Kraus's novel I Love Dick. If you have already read Kraus' novel, you may want to check out Soloway's very own book Tiny Ladies in Shiny Pants.

Some other featured titles by this year's speakers include: The Life-Changing Magic of Tidying Up (and don't forget Spark Joy), The Butler, City of Thieves… and that isn't really even scratching the surface. Like I said, the list is long and impressive. To those of you fortunate enough to be one of the thousands in Austin this week, I hope you have a blast (said with only slight sarcasm) - to the rest of us… at least we can retreat into our homes this week and escape into some of the stories everyone will be talking about at the intersection of south by southwest.