The Poet Mary Oliver has Passed Away at 83 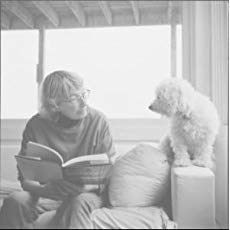 The poet and essayist Mary Oliver has died at her home in Florida. She was 83 years old.

Many of us have been inspired by Walt Whitman at some point in our lives, but few have pursued that spark to its end. Oliver, who read Whitman as a teenager, called the poet “the brother I did not have.” She also read Emerson and Edna St. Vincent Millay, and she developed an affinity for nature early, exploring the wooded portions of her Cleveland suburb of Maple Heights. When she was 17, Oliver wrote to the sister of Edna St. Vincent Millay asking if she could visit the late poet’s estate in Austerlitz, New York. She ended up staying there for seven years, helping to organize the poet’s papers.

Oliver attended Ohio State University and Vassar. Her first collection of poems No Voyage and Other Poems was published in 1963 when she was 28. She was awarded the Pulitzer Prize in 1968 for her fifth collection American Primitive. In 1992, she won the National Book Award for New and Selected Poems.

In Upstream: Selected Essays, Mary Oliver wrote of choosing to be a poet:

So there is a choice. A choice of ONE life among all the others. That’s the point. Choosing and not being chosen. It’s gonna be hard, but you cannot keep being chosen. You have to start choosing.

She walked frequently, always had a notebook handy, and reportedly hid pencils in the trees so that she would never be without a writing instrument.

For a deeper understanding of Mary Oliver, read this excellent interview by Maria Shriver, which appeared in O Magazine. Or you can read her poetry.