Talking to Francesca Hornak about "Seven Days of Us." 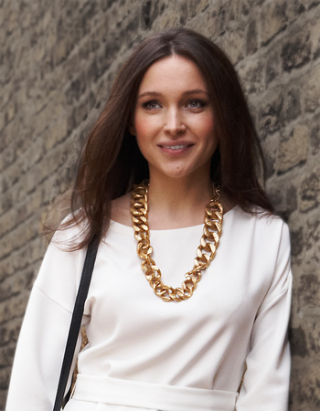 Spending the holidays with your family can be tricky at the best of times, but imagine a week together under quarantine conditions? That’s the premise of Francesca Hornak’s hilarious, romantic, and poignant new novel, Seven Days of Us. The set-up is this: Olivia, a young British doctor who’s just flown back from Africa, where she was treating patients with an Ebola-like virus, returns to her family home, Weyfield, to spend Christmas with her parents and sister. Each has a secret they’d rather not discuss, and none of them can leave: there’s a risk Olivia may have brought the virus back with her. Of course, things don't go quite as planned. This delightful novel will warm your heart on a cold night, and you may end up feeling that seven days with Olivia's family was not nearly enough. More please!

Amazon Book Review: You’ve been a journalist for the Times of London. How did your experience writing for a newspaper help you write this novel?

Francesca Hornak: It definitely helped me to meet tight deadlines! And it helped me identify with Andrew, Olivia's father, because I’ve been in his shoes, tussling with editors over minor changes and feeling that your stock of pithiness has run dry.

The themes and tone of Seven Days of Us strike a fairly optimal balance of light and serious, familial and romantic. Did you start with one of those threads, or were they all there at the start of writing?

I knew I wanted to write something family based and hopefully funny, but the romance and serious threads emerged as I went on. I asked two friends who treated Ebola in Sierra Leone all about their experiences, and after that there was no way to keep the serious notes down. Even though I changed Ebola to a fictional virus, Haag, I had to do their memories justice.

Did writing Seven Days of Us present any unexpected challenges for you along the way?

The medical details (even in a fictional virus!) were tricky to navigate. Keeping the rotation of narrators consistent each day was awkward too, because it meant Olivia always got the morning, and Jesse [an unexpected guest] the evening—I had to play around with that a bit. And emails turn out to be a nightmare to typeface and copyedit. I won’t put so many in any future novels! 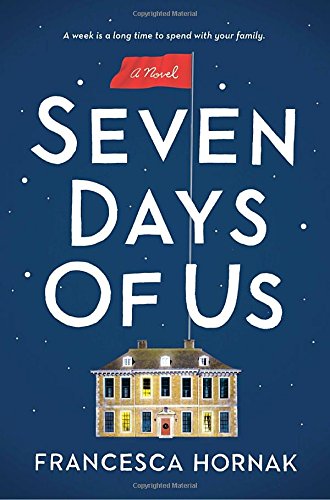 Seven Days of Us

Restaurant reviewing gets a bit of a skewering in your novel. Have you tried your hand at it? As a follow on: pompous critics are everywhere. Is Olivia's father, Andrew, identifiable to anyone?

I’ve never reviewed restaurants but I’ve always enjoyed parodying styles of writing, and British food writers do lay themselves open to satire… Andrew isn’t based on any one critic, though there are a number of male, middle-aged broadsheet writers he could have been.

What are three of your favorite novels, and why? Did the memory of them figure into how you approached writing your own?

A Visit from the Goon Squad because the social observation is so sharp—painfully sharp!

Hangover Square because it’s compellingly dark and unusual, with the best ever first line.

The Catcher in the Rye because you have to love Holden Caulfield, and his calling out of phonies.

I’d love to be able to write something as original, accomplished and enduring as any of the above, but they’re almost too good to think about while you’re writing—I’d get depressed! I do remember a particular scene in A Visit from the Goon Squad, though, that made me think: ‘If I wrote a novel that’s the kind of detail I’d want in it’.  It’s when Stephanie joins a country club where she doesn’t fit in, and meets the WASPy Kathy—and while they’re speaking she wonders how many golden bobby pins Kathy gets through. I love those kind of glimpses into character’s heads.

Your writing is strongly visual—anyone who’s read Seven Days of Us can picture certain rooms in Weyfield, Olivia’s family’s country home. What does the house say about its inhabitants?

The thing about Weyfield is that it’s only really Olivia’s mother Emma (who inherited the house) who feels an attachment to it—plus it’s a slightly unhealthy attachment. She’s hasn’t updated anything since her childhood so it’s a bit of a time-warp—and the kind of dusty house where none of the light bulbs work… Andrew and Phoebe (Olivia's sister) have both tried to colonise and modernise their own rooms, but basically it’s all Emma. I guess that says that this is a family that doesn’t communicate very well! It also says that Emma is quite a nostalgic, sentimental character, but also passive aggressive—she knows her family doesn’t feel at home there the way she does, but she isn’t interested in changing it for them.

I’d love to see the film based on Seven Days of Us. Anything in the works?

Thank you! The TV rights have been sold and script written, so fingers crossed.

I’m writing another multi-viewpoint novel, set around a members-only garden in north London. It’s a bit like the scene in Notting Hill (where Hugh Grant and Julia Roberts climb over the railings) but with more urban grit. If Seven Days of Us was about family, this is about community.