Fatima Farheen Mirza on "A Place for Us" 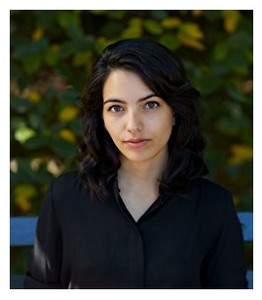 Fatima Farheen Mirza's A Place for Us is the first novel in Sarah Jessica Parker’s new imprint—SJP for Hogarth (yes, that SJP, whose passion for fashion is matched only by her love of books). This story of a Muslim-American family navigating the sometimes fraught worlds of faith and dual cultures is also one of our picks for the best fiction and literature books of the year so far. They say good fiction has the capacity to increase one's empathy--it's one of the reasons I love the genre so much, and A Place for Us is a very good example of that. Here, Ms. Mirza answers our questions about this impressive debut.

Erin Kodicek: I spoke with Sarah Jessica Parker during the Book Expo in May and she was over the moon that she got to publish A Place for Us. How did that come about?

Fatima Farheen Mirza: I’m the one who feels over the moon. Sarah Jessica had been reading manuscripts right around the time I sent mine to my agent. Working with her and everyone at SJP for Hogarth has been a dream—I’ve been so moved by how much effort, thought, and care has gone into bringing this book into the world. And I have such deep admiration and respect for Sarah Jessica, both as a person and in how thoughtfully she has embodied her role as a publisher. She is one of the most genuine, big-hearted, and insightful people I’ve ever met, and she is someone who truly believes in the power of fiction, how it can expand a reader’s heart and mind.

A Place for Us is the story of an American family who happen to be Muslim. There is a lot of misinformation in this country about Islam, and that breeds fear. Do you hope that this novel dispels some of that fear?

My highest hope for the novel was to understand and capture the family’s experience as expansively and authentically as I could, to be loyal to their narrative as they would tell it. I did not want to write in order to dispel any stereotypes that the world might impose upon them. But I do believe that so much of the misinformation about Muslims, the fear, and the anti-Muslim rhetoric and policy we are seeing is partly because of the dehumanizing portrayals of Muslims in media, and a lack of authentic representation. The novel invites readers into this family’s home, and gives access to the characters’ most private hopes and dreams over decades, and maybe that encounter will allow some readers to reexamine their preconceived notions. But my intention was to capture what it was like for these characters to be fully alive, to be a family, as deeply flawed and worthy of empathy as any other.

There is a prodigal son element to this novel. Hadia and Huda are fascinating characters in their own right, but was Amar your focus from the start?

It is because Amar returns after having run away that the story begins. I think of it as a Venn diagram—each character has their own perspective, but they share the same question: Why did Amar leave, and how was I responsible? That question drives each scene, in some way, and it helped organize the structure of the novel. But although Amar is the center of the story, each character also has their own arc. For example, with Hadia, we see how she becomes the woman she is, what her academic journey is, or her journey towards her independence, how she navigates which desires she swallows, and which desires she rises to claim.

While Amar is having a crisis of faith, wondering if he believes at all or is just going through the motions, Hadia and Huda seem to be trying to find a version of Islam that marries tradition and modernity. Hadia in particular speaks of faith as being a personal affair, and that, as human beings, our duty is to try and empathize with each other. This is something their parents, Layla and Rafiq, are struggling with as well—especially as their children bend the rules of their faith (or stray from it altogether). Is this one of the main messages you want the novel to convey?

In some ways, their shared faith unites them as a family— which is why Amar’s inability to practice causes him to feel alienated, and creates a distance between him and his family. Now that the novel is complete, I’m surprised to read it and see how unique and particular each character’s relationship is to their faith. For Layla, her faith is a natural and comforting part of her life; she calls upon God regularly in prayer or thought. Hadia carefully considers what practices she inherits and what she does not. Rafiq’s faith is born of habit; it is a way for him to make sense of the world and to protect his family. When it comes to Amar—everyone, including Amar, thinks he has strayed far from the faith, because that is how it seems from the outside. But each time I inhabited his mind, I realized how he is the only one who actively longs for engagement with his faith, and also the only one who returns to the stories he learned from his mother as a child as a way to understand his own experience. Writing this has made me realize how deeply personal that relationship to one’s faith is, how complex and nuanced—even within a single family—that it can hardly be explained or expressed to another, and how from the outside no one can fathom what exists in someone’s heart.

We recently released our Best Books of the Year So Far list. What is the best book you’ve read this year, whether it was published in 2018 or not?

D. Wystan Owen’s Other People’s Love Affairs will be published this August. It is by far one of the best books I’ve read this year. I cannot overstate that enough. 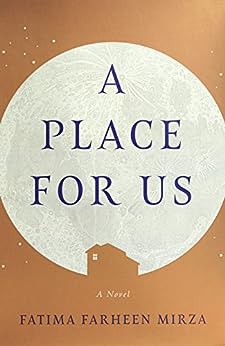