Hell Hath Some Fury: 10 Minutes with a Punk Rock Icon 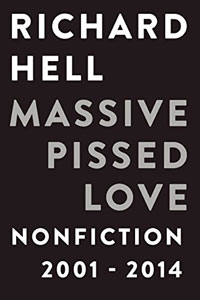 Richard Meyers arrived in New York in the late 1960s, an aspiring poet, destitute and feeling "distressed, confused, and pissed off." He had come to the right place: It was the city of Andy Warhol and the Velvet Underground, Patti Smith and Sam Shepard, the Ramones,  the New York Dolls, and the Hotel Chelsea. By the mid-'70s, Meyers--having rechristened himself Richard Hell--had founded or co-founded three bands essential to the pantheon of New York punk: Television, The Heartbreakers, and the Voidoids, whose song "Blank Generation" has become an anthem for a movement that defied anthems, one that moved too fast to think itself lost.

New York in the 1970s was not the family-friendly tourist Mecca of the post-Giuliani period--the Naked Cowboy notwithstanding--and Hell was not exempt from its iniquities. He quit music in the 1980s to write full-time, but also to escape the sort of consuming drug addiction that killed, sooner or later, many of his contemporaries. Drawing from his punk/poetic past, he filled his novels Godlike and Go Now with questing outcasts and multifaceted debauchery, while his 2013 autobiography, I Dreamed I Was a Very Clean Tramp, documents his New York years, full of iconic personalities, iconoclastic music, and seriously self-destructive behavior. Hell's new book, Massive Pissed Love, is an eclectic collection of ruminations on movies, sex, writing, George W. Bush, muscle cars, New York, the Rolling Stones, or any other subject that snagged his restive imagination in the first decade-and-a-half of the 21st Century.

When I learned that he'd be signing samples of the new book at Book Expo America last June, I finagled a few minutes with him on the loud-and-crowded trade show floor, ostensibly to chat about the book, his musical past, and writing in general, but really to indulge some vicarious impulses, my starstruck jabbering hopefully in check. The following is a transcript of our conversation. It has been edited for starstruck jabbering.

Amazon Book Review: The essays in this book cover a wide range of topics. Is there a thread that ties the pieces together?

Richard Hell: Ultimately, it's subjects I'm interested in. I'm not a professional journalist; I don't have an association with any particular papers or anything like that. It's mostly just whatever subject arises that I think will be fun to think through. Some book reviews, some essays about film directors, some essays and catalog text for painters. Now and then I'll get approached about doing something, but I only accept them if it's something that intrigues me or stimulates me.

ABR: So this is stuff that's been published previously, and maybe some that hasn't?

RH: It's all been published previously, since 2000. There's one or two pieces that weren't in the previous book I did like this that came out in 2000, that actually date a little bit earlier, but it's essentially 2000 to now.

ABR: Is it nostalgia-inducing in any way, to go back through the stuff that you've done, and what you might have been thinking about at the time?

RH: Well, it's all pretty recent. And I'm not really susceptible to nostalgia.

ABR: I wouldn't think so.

RH: I mean why? Because my past is so ugly--who'd want to remember? [laughs]

ABR: No, you're more like a shark, always moving forward, doing something new. I think a lot of people--your contemporaries of that place and that time--are the same way: That was interesting, but now it's time for something else. 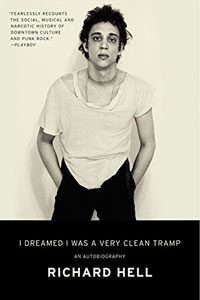 RH: I don't know. I think a lot of them are planted, still, in the '70s. And I used to be really even more of a snob about it. I was really repelled by the whole idea of fondly, sentimentally looking back at the era that everyone is so fixed on. I don't like rehashing it, because I've disposed of it for myself--over the years, I've exhausted that subject. It's tedious to have to rehash it. At the same time, I'm less of a snob about it now. As I get older, I'm not so defensive and sensitive about this whole idea of nostalgia and the way that people are so fascinated about that time. I think, for everybody, the years of their twenties or so are especially intense, and that it's interesting in the right circumstances to look back at it and position it in comparison to present circumstances. [Read all about that in Please Kill Me: The Uncensored Oral History of Punk by Legs McNeil-ed.]

ABR: What is that?

RH: Well, I like titles. I like coming up with titles. For most of my books, I end up with a list of 40, and sometimes they're better than the book. I love the lists, but this one came fairly quickly. I did not know how to structure the book. I didn't want to do it chronologically--there wasn't any real logic to doing it that way... Since most of the pieces only needed slight tweaking--I'd worked on them hard when I originally wrote them--the big challenge was how to organize it and structure it. I had to look for some way to classify the things that were in it, that would supply me with sections. Even there, I didn't want to do it by genres, because that was too obvious. And it was boring: Here's essays about movies. Here's essays about books. Here's essays about people.

So I went through the book... There were a certain number of essays that were critical and angry. There were a certain number that were adoring and rhapsodic. And then there were--conspicuously--some essays that were more exhaustive than others, that were long and really tried to fully plumb something for my own purposes... It was just like one of those epiphany moments: I could name the book Massive Pissed Love, which has its own sort of impact, and then it would be kind of cute. That was actually how the book was divided up: The massive pieces, the pissed pieces, and the loving pieces.

ABR: What's harder to write about, sex or drugs?

RH: They're hard for different reasons, but sex is harder than drugs. Drugs is hard because it's become such a cliché. There's been so many memoirs and confessional books about drug addiction that it's just tedious. I wrote a whole novel that was basically a study of what the psychology, in my experience, of being a drug addict. I hadn't seen a book that captured it the way it felt to me, so I did that. But otherwise, I haven't written about drugs that much, except that now and then some particular angle on it will come up that interests me. For instance, there is a short essay in Massive Pissed Love about the five best books about drug addiction. If some angle like that comes up, I'll write about it.

Sex I write about a lot. It can't be denied.The reason I write about it is that it does feel to me [to be] a subject that [hasn't been] given the dignity it has.... There's some component [of sex] in almost every moment of life. People know that, but there's some level on which it isn't really conscious. It's not really acknowledged. For instance, every advertisement you see. 90% of the way people try to sell their products is in some way associating it with good sex.

It's our major impulse. We're programmed to want to reproduce, by the way that having sex has been made the most pleasurable experience that we can [have]. But because of that, everybody is really sensitive about it, and it's really hard to say something that doesn't push people's buttons and make them angry, or make them feel inferior, or make them jealous. You know what I mean? All those ways in which writing about sex can, in ways that are very hard to control, offend and repel people. So that makes it really hard to do.

ABR: Do you have influences as a writer, that you admire? 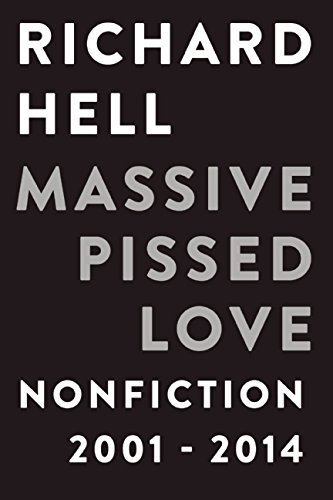 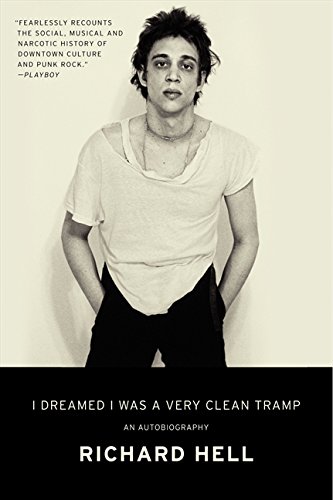