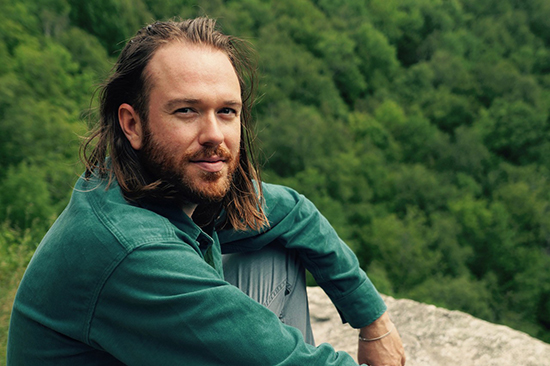 In "The Dancing Bear," the first story of Maxim Loskutoff's debut short story collection, Come West and See, a lonesome frontiersman falls hard for a grizzly that happens upon his Montana cabin. It’s weird:

Her fur shimmered and rolled in waves, like the windy prairie where I was born. Her pink tongue swept away stray apple chunks from around her mouth.

I wondered if she had lips.

As many tales of unrequited love go—especially in the boy-meets-bear genre—his passion cannot span the species gap, inexorably leading to misunderstanding and calamity. It's a funny story (if you have the right ear) and a solid hook, but it's not quite what the rest of the book is about. After the bear, Loskutoff drives the truck back onto the highway to the world of human interaction, examining the complexities of a changing American West through a series of vignettes set in the imaginary "Redoubt": A cross-section of Idaho, Montana, and Wyoming that's home to a separatist movement grown out of the occupation of a wildlife sanctuary. (If it sounds familiar, that's because it happened.)

But throughout the dozen stories, the simmering, if stunted, revolution largely stays in the background. Loskutoff's interest lies with the people of this vision of Sagebrush Rebellion: the disenfranchised, resentful, and angry prepared to defend their traditional ways of life against the encroachments of changing demographics, environmentalism, and globalism—i.e., change. His characters hum with anxiety, each overstrung by the knowledge that disaster could visit at any moment, that their own actions have led them down a foolish and futile path, even if they would choose it again. Calamity ensues. That's just what happens when you court a bear.

We asked Maxim for a few thoughts on the inspiration for the Redoubt,  and why he decided to build the book around it. Come West and See was a selection for Amazon's Best Books of the Month for May 2018.

I grew up with men like those who followed Ammon Bundy out to the Malheur National Wildlife Refuge, and occupied it in armed rebellion for forty days. Boys who were angry and looking for something to believe in. Boys with guns, waiting for a reason to use them. Boys whose fathers had worked in mills and mines that were shutting down.

In the early 1990s, Missoula, Montana was still very much a mill town. The Stimson Paper Mill mulched and bellowed out by the airport, and the piercing saws of the Bonner Mill could be heard to the east by the Blackfoot River. They were two of the largest employers in the county. A good chunk of my classmates fathers’ worked at one of them. Both were closed by the time I started high school. My years at Hellgate High were marked by tensions, occasionally violent, between the children of out-of-work loggers and those of the white collar workers whose industries had moved in to replace them. 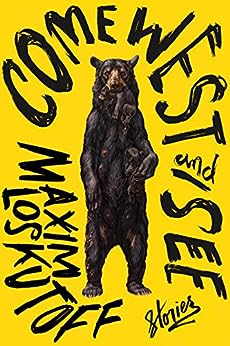 Little Charbonneau, the fictionalized version of Malhuer in Come West and See, and the Redoubt, the isolated, fortified region the occupation spreads to encompass, serve as a catch-all for such angry, disaffected young men. The personal reasons they have for going are myriad— some believe in the issue of land rights that sparked the original rebellion, others feel the rural towns they grew up in have changed out from underneath them, and still others join because their personal relationships are falling apart (wives leaving them for weed farmers, etc.)—but the underlying emotion is constant. A loss of purpose, a growing resentment, and a feeling of being unwanted.

This emotion is as old as mankind. It’s led young men in every era to wage war on their own countries, resisting persecution both real and imagined, and leaving untold destruction in their wake, from peasants to colonists to communists to Isis. Now, in the time of Trump, its full weight is coming home to roost. Abraham Lincoln warned of this in 1838, speaking to the Young Men’s Lyceum of Springfield: "Shall we expect some transatlantic military giant to step the ocean and crush us at a blow? Never! All the armies of Europe, Asia, and Africa combined… could not by force take a drink from the Ohio or make a track on the Blue Ridge…If destruction be our lot we must ourselves be its author and finisher. As a nation of freemen we must live through all time or die by suicide.”

For two hundred years, from Lincoln’s time onward, the American West served as our national release valve. The great fantasy for boys from the east: Go West, young man, and take something. Be it land or log or mineral or the lifeblood of an entire native culture. Today, there is little left to take. The West is filling up. Leaving the snake to turn on its own tail, and radicals to decamp to places like Malheur—a stretch of prairie wetland forty minutes drive from the nearest town of Burns, which itself is the farthest town from an interstate in the lower forty-eight—and do battle with their own government.

The Redoubt remains in the background of Come West and See because such places remain in the background of our country, far enough from cities and media centers for violence there to remain a curiosity, as it was in Portland, Oregon during Malheur. This segregation is what drew me so powerfully to the concept. As someone who has lived in both the urban and rural west, I felt it within myself. How entirely different cultures exist only miles apart, with the goings-on of each ignored, or viewed with contempt and distrust, by the other.

The darkness of the book is a rallying cry: we must hurry to reckon with this growing divide, and the anger it engenders, or risk our nation’s suicide.

A graduate of New York University’s MFA program, Maxim Loskutoff has been honored with the Nelson Algren Literary Award, a Global Writing Fellowship in Abu Dhabi, and the M Literary Fellowship in Bangalore. He has worked as a carpenter, field organizer, and writing teacher, among many other things. He lives in western Montana. For more information, visit maximtloskutoff.com.