Last week six authors—including Martha Wells and Sarah J. Maas—recommended new fantasy authors they were reading and loving. This week we focus on newcomers to the science fiction universe. Happily for us readers, both fantasy and sci-fi are bursting with new smart, rookie writers who are both hearkening to the best aspects of the genre while giving it their own fresh spin. 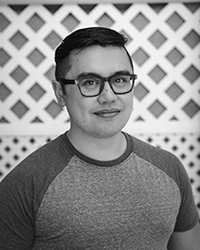 In War Girls, Tochi Onyebuchi examines ancestral pain (the Nigerian Civil War) through the lens of modern pop culture (Mobile Suit Gundam Wing), and the result is some seriously stunning sci-fi. It’s an ambitious book, but Onyebuchi demonstrates over and over again that he’s more than equal to that ambition. I could talk about its heady politics—and there are heady politics. I could talk about its twisty plot—and there is a twisty plot. But the main thing I want people to know about War Girls is that it’s so. Much. Fun. — Paul Krueger 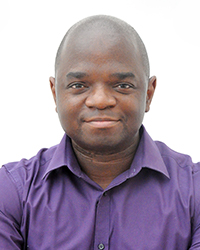 Blackfish City by Sam J. Miller is probably the best recent science fiction I’ve read. Qaanaaq might be our future, and might have literary echoes of Perdido Street Station. Rich in its strangeness, with multiple interesting characters and a setting you won’t forget, Blackfish City holds you from the first page and the sly confidence of the writer takes you though to the end, no mean feat since it starts slow. The reader is quickly rewarded, though, and dare I say this will be reread multiple times? — Tade Thompson

Tade Thompson’s Rosewater won the Arthur C. Clarke and Nommo Awards. In Rosewater, a longtime government agent with paranormal powers discovers that his fellow agents have been disappearing, and the strange, alien dome at Rosewater might have something to do with it. 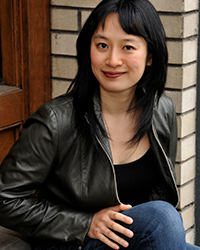 Confession: I’m not a big fan of time travel stories. So often, they rely on paradoxes, and even the most elegant puzzle rarely makes a story compelling to me. Happily, Mike Chen’s debut novel Here and Now and Then completely won me over with its heart-warming humanity. This novel about a stranded time-traveling operative is, at its core, a story about a father and his daughter. It’s a book you can easily recommend even to friends who “aren’t into sci-fi,” and Chen is an author to watch. His second novel, A Beginning at the End, comes out this month. —Fonda Lee

Fonda Lee’s Jade City won the World Fantasy Award for best novel in 2018, and she continued her kungfu-strong fantasy series with Jade War in 2019. She’s also the author of the middle-grade Exo novels. (Author photo by Elena Rose) 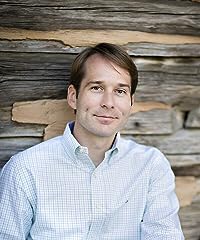 Looking for something different? How about a twist you’ll never see coming? If that appeals, I present, for your consideration, a fantastic novel by C.A. Fletcher: A Boy and His Dog at the End of the World. Griz grew up in a post-apocalyptic world where every possession is a prize. And Griz’s most prized possession is his dog. When that dog is stolen, Griz embarks on a quest across a mysterious wasteland to get his dog back. It’s an adventure unlike any you’ve read, and the pages flow by thanks to Fletcher’s effortlessly readable prose and well-drawn characters. —A.G. Riddle

A.G. Riddle’s first novel, The Atlantis Gene, started a sci-fi thriller trilogy that went on to sell millions of copies worldwide. His 2019 space-based novel, Winter World, was named by the Amazon Books editors as one of the best sci-fi and fantasy books of the year.