We're all over the place this weekend, reading fiction and nonfiction and fiction that reminds us of nonfiction. But since our longest-serving member of the editorial team, Jon Foro, recently left us for greener pastures (I'm assuming his couch is green), you can rightly assume that this list will not include books about cannibals or sasquatches--both of which Jon was known to admire. 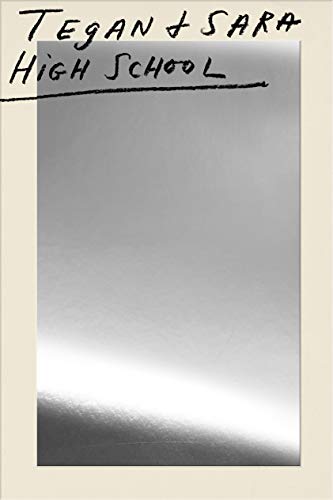 Told in alternating chapters, this disarmingly frank tale of two identical twin sisters describes their upbringing in Calgary, Alberta before they became an indie pop sensation and LGBTQ community icons. If you cringe when you hear the term high school (or maybe that’s just me), Tegan and Sara evoke this uniquely awkward, charged and very tender time, when you’re still trying to figure out who you are and what you stand for, and whether or not you’ll be able to sneak into that rave on Saturday night (Trigger warning, parents! But the kids will be [quite] alright, with love and bit of latitude.) Tegan and Sara will be in Seattle on the date this post publishes to discuss High School and the album that accompanies the memoir’s release: Hey, I’m Just Like You. It’s gonna be…awesome. (You’re welcome for the ear-worm.) --Erin Kodicek 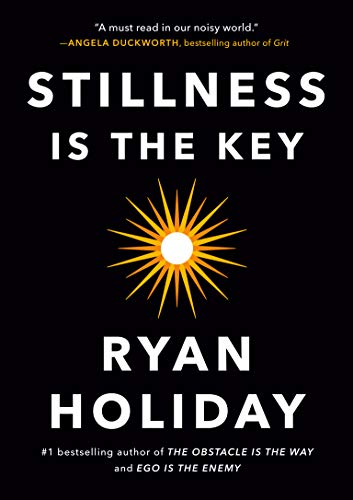 Stillness Is the Key by Ryan Holiday

These days, when you see someone sitting perfectly still on the subway, at a coffee shop, or sitting on a park bench, you start to worry. Why isn’t that person looking at their phone?! Never fear—being still is the key to finding contentment and excellence, according to Ryan Holiday’s newest book that taps into thousands of years of wisdom. The author of The Obstacle Is the Way and Ego Is the Enemy has developed a dedicated following to his rejuvenation of the stoic philosophy. As digital encroachments become more insistent, I’m looking forward to learning from Holiday how to bring more sanity—and stillness—into every day. —Adrian Liang

The Starless Sea: A Novel by Erin Morgenstern

Confession: I have never read Erin Morgenstern’s beloved The Night Circus, and let me tell you the moment I’m done with The Starless Sea I’m picking it up. But for now, I’m immersed in the world that Zachary Ezra Rawlins has stumbled upon. After discovering a book in the library that includes his own childhood memory, he goes in search of clues to understand how his life came to be printed and bound. And what he discovers is otherworldly: where stories slide from the page into real life, where pirates lurk and time is just a construct, where crowded ballrooms collapse into darkened staircases, and a wispy woman, often in a white fur coat, leads the way. Full of stories within stories (and swords, bees, and keys), The Starless Sea, is a magnificent tribute to the tales of the imagination, and so far, truly magical.—Al Woodworth 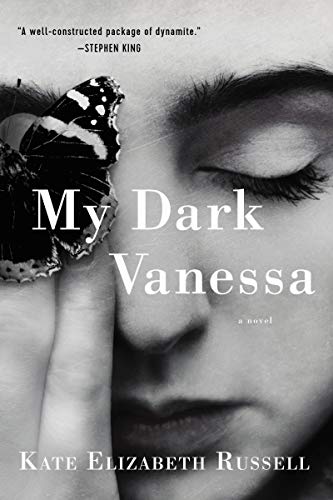 My Dark Vanessa: A Novel by Kate Elizabeth Russell

Anyone who read Lisa Taddeo's Three Women will remember the true story of "Maggie, a seventeen-year-old high school student who finds a confidant in her handsome, married English teacher." That is from the copy, word-for-word, on the Amazon detail page.

Of the three women documented in Taddeo's book, this was the most troubling story for me to read. It was also the most intriguing in many ways. There were so many angles to view the story from, pretty much all of them creepy—as people who talk a certain way would say, there was a lot to unpack here.

Which makes the idea of My Dark Vanessa—a debut novel that shares some similarities to Maggie's tale—intriguing as well. The copy for My Dark Vanessa, word-for-word, on the Amazon detail page reads, "Bright, ambitious, and yearning for adulthood, 15-year-old Vanessa Wye becomes entangled in an affair with Jacob Strane, her magnetic and guileful 42-year-old English teacher." I've also heard it compared to Lolita, which makes sense. This book does not publish until January, but it is already receiving a lot of chatter. Stephen King has described it as "a hard story to read and a harder one to put down...a well-constructed package of dynamite." Come 2020, sounds like this book could really blow up. —Chris Schluep 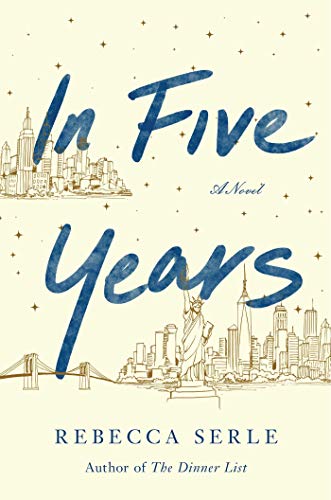 In Five Years: A Novel by Rebecca Serle

I suffer from twinges of guilt whenever I write about a book that’s not available for sale yet. Reading upcoming books is necessary for this job, so just know it hurts me more than it hurts you that I’m going to admit to reading a book that doesn’t publish until March 2020. But it’s just that good that I can’t help but talk about it. Rebecca Serle is the author of The Dinner List, several Young Adult novels including the made-into-a-tv-show Famous in Love, and the upcoming In Five Years. It took me about half a page to know I was going to love this book, and I can’t wait to finish it this weekend and see how Serle wraps up this irresistible novel about love and the intersection of fate and free will. One of my All-Time Favorite Books—yes, that deserves to be capitalized—is Lionel Shriver’s The Post-Birthday World, and Serle’s latest reminds me of it. This is a book you’re going to hear a lot about, and I’m here to tell you it’s worth all the hype. —Sarah Gelman