The Mystery Woman in the Field: Kristin Hannah Asks Christina Baker Kline About "A Piece of the World" 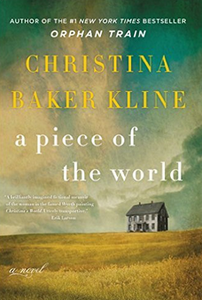 Famed American artist Andrew Wyeth painted "Christina's World" in 1948. It shows a woman in a pale pink dress, propping herself up in a vast, empty field, and gazing at a house and barn in the distance. Who was this woman? What is her story? Christina Baker Kline, bestselling author of Orphan Train, answers this question in her latest novel, A Piece of the World. She recently knocked back a few cocktails with 'Nightingale' author Kristin Hannah, who had some questions about the "mysterious woman in the field," and more.

KH: Hey Christina, I am so glad to be talking with you about your latest book, A Piece of the World.  We were lucky enough to meet in Hawaii this year and share a few Mai Tails by the pool.  We will have to figure out where to meet up next.  But for now, I guess we’ll just talk about your exciting new novel…

I know you have a really strong personal connection to Andrew Wyeth’s iconic painting, Christina’s World.  What is it?  How did that connection develop into the idea for this novel?

CK: My family moved to Maine from North Carolina when I was six. On weekends, my parents, young professors fresh out of graduate school, packed my three sisters and me into our trusty station wagon for family excursions, from coastal islands to museums to notable landmarks. One summer afternoon, when my mother’s mother was visiting from the South, we drove to the small town of Cushing to see the Olson house, made famous by Wyeth’s painting. My grandmother was born within a decade of Christina Olson and was raised, similarly, in a rural white farmhouse with few amenities. She, my mother, and I share the same name: Christina. Ever since that long-ago visit to the Olson house, I have felt a deep-rooted kinship with Christina Olson.

A few years ago I was brainstorming ideas with a novelist friend for her new book, and she said, out of the blue, “You know, the painting Christina’s World reminds me of you, for some reason. Have you ever considered writing about that mysterious woman in the field?” (How did she know?) I realized instantly that I’d found my subject.

KH: What sort of research did you do for this book? What surprised you the most?  How long did the novel take to write?

CK: As research for this novel I pored over books and articles; interviewed people who knew the Wyeths or Olsons, or both; went to Wyeth exhibits in museums in Maine, New York, Pennsylvania, and New Jersey; attended a neurological convention; watched documentaries and profiles. The more I learned, the more determined I became to try to stick to the facts of the real-life story as much as possible, which were more interesting than anything I might invent. Even more important, I wanted to understand Andrew Wyeth, an intensely complicated man. I was surprised to discover that, unlike many artists, Wyeth had the ability and the desire to probe and analyze his own impulses and methodology – partly because his biographer, Richard Meryman, was such a deep thinker himself, and pushed Wyeth to articulate so much about his artistic process and psychological motivations. Their conversations contributed enormously to my interpretation of Wyeth’s relationship with Christina Olson. The book took a little more than two years to research and write.

KH: How was writing this book a different experience than Orphan Train?  Can you tell us a little bit about your process (I am like all readers—I love to hear how writers do what they do).

CK: Unlike Orphan Train, the characters in this novel are mostly real people, some of whom are still living. I felt an enormous responsibility to render their lives and their stories as sensitively and  accurately as I could, while at the same time creating an inner life for Christina that is entirely imagined. Furthermore, Christina Olson lived a quiet, somewhat ordinary life, with few peaks and valleys. Like everyone, she had her own small personal crises and heartbreaks; I needed to dig deep into them to create moments of drama, internal and external. For these reasons this was a much harder book to write than Orphan Train. Every sentence was hard-won. The story inhabited my head like nothing I’ve ever written; I obsessed over it and lived in a kind of feverish dream state for months. (Somehow I did manage to function in the world, most of the time. But the story was always lurking just under the surface.) I came to think of this novel as a kind of sestina, a complex poetic form with exacting requirements that only succeeds when the poet is able to transcend the restrictions.

A Piece of the World: A Novel

KH: It can be hard to follow a book that so many people adored.  How did the success of Orphan Train affect your writing of A Piece of the World?

CK: I should ask you, Kristin. (Next time we’ll turn the tables!)

The reception to Orphan Train has been a surprise to me – a lovely surprise, but not something that I can – or even want to – engineer again. My books are quite varied; I never want to feel constrained by writing a novel for a specific audience. A Piece of the World is similar to Orphan Train in some ways (it takes place in the early-to-mid 20th century; it’s about hardscrabble life in rural America), but it’s a very different kind of story: more internal, more philosophical, closer to the bone.

The success of Orphan Train has definitely made some things easier. I think people were more willing to talk to me when I was researching this book. I’ve also gained time and flexibility. I need to travel quite a bit to talk about my books, but I’m not attempting to juggle paying jobs like editing and teaching with parenting and writing the way I was several years ago. (My kids are older, too.) I have a lot of empathy for women who fit their writing into the crevices of their too-busy lives, as I once did. In a larger sense, I think the success of Orphan Train confirmed my desire to write about things that scare me, topics I might’ve rejected when I was younger because they felt foreign, or too vast. I discovered how exhilarating it is to take big risks.

KH: Other than the central character in your first novel, Sweet Water, who is a sculptor, you haven’t written about the act of artistic creation – or about being an artist’s muse. Was this difficult to do in A Piece of the World? Were you able to tap into anything from your own experience?

CK: One of the wonderful things about being a writer is that you’re constantly dredging up some arcane knowledge or long-forgotten experience, rediscovering old passions and interests. In my teens I fancied myself an artist; I hung out with the eccentric art teacher at my high school, painted still lifes and portraits and landscapes in watercolor and acrylics, took private lessons, won some blue ribbons for my earnest renderings. My lack of talent did little to dampen my enthusiasm. In college I thought I’d continue, but, like Salieri, I quickly realized that while I had the ability to appreciate art, I wasn’t actually very good. Instead of painting, I studied art history. As I wrote A Piece of the World I drew on my love of painting and my understanding of 20th-century American art to create Wyeth’s character.

KH: Is A Piece of the World a “New England” novel? How much of your depiction of Christina Olson takes into account her deep New England roots?

CK:  While I was writing this novel I thought of it as not only a New England story but a specifically American one, with its depiction of ruggedly independent people forging a path out of the wilderness and claiming a piece of the world for themselves. Christina Olson’s story is linked (IRL, as the kids say) to the Salem Witch Trials, Nathaniel Hawthorne, and many Maine sea captains. But having traveled recently to remote islands like Iceland and Tasmania, and having read accounts of people’s lives in those places, I now view this novel much more broadly as a story about the human impulse to persevere, to put down stakes, and to carve a life out of the flintiest of circumstances.

KH: What are you working on now?

CK: My father, a historian, has written many nonfiction books and biographies. I’ve always written novels. I didn’t realize, until I wrote Orphan Train (my fifth), the extent to which I, like my father, enjoy immersing myself in a different time and place. The novel I’m working on now is about the hidden history of the destitute women who were sent from Britain on convict ships in the nineteenth century to an island off the coast of Australia, and how they shaped the society in which they came to live. 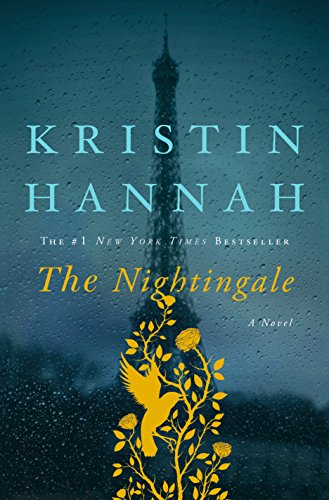 “The Books Do Absolu...
Read