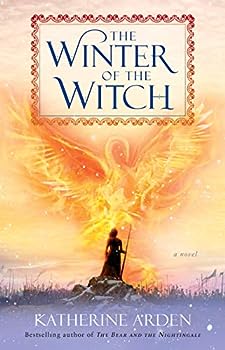 In January 2017, Katherine Arden's debut fantasy novel, The Bear and the Nightingale, rocked our world. Set in medieval Russia, it traced the fraught path of a young woman named Vasya who is one of the few who can still see and speak with the old spirits of the land, and who rejects the well-worn path of domesticity for a life of adventure.

We named The Bear and the Nightingale as one of the ten best books published that month, and later in the year announced it as the best fantasy novel of 2017. Shortly afterward, her follow-up, The Girl in the Tower, again captured a spot on the top ten list, defying the stereotypical sophomore slump so many authors suffer. This month, The Winter of the Witch delivers the white-hot conclusion to Arden's Winternight Trilogy, as Vasya's alliances with the old spirits could be her downfall even as the far-stronger Tartars invade Russia.

We spoke with Arden by phone from her home in snowy Vermont. Ironically, Arden began writing her Russian-based fantasy novels while she was in much-warmer Hawaii. "I got a job picking coffee on this farm while I tried to figure out what I was doing with my life," she said. She was a Russian major in college and had spent two years in Russia immersing herself in the language and the culture. Part of that culture was the rich world of Russian fairy tales, and Arden had always loved reading fantasy books based on fairy tales. "I'm a Robin McKinley fan, for example," she said. She decided to write a book, and "it seemed natural to write a book based on a Russian fairy tale since I spent the last five years studying Russian." At the same time, Russia's fascinating history was clamoring to be involved, too. "I didn't want to do a Russian-coated fantasy world. I wanted history to play a part." She decided to move deeper into a history that most Western readers weren't familiar with—meaning no tsars, no onion domes, no communism.

"One of the biggest things that happened in Russia, especially in Muscovy during the Middle Ages, was the battle of Kulikovo," Arden explained. "It was the first time the Rus united under Moscow to defeat an invader. There are all sorts arguments that this event marks the spiritual birth of the nation of Russia."

So Arden knew she wanted this major historical moment from 1380 to be the climatic event in her story, but getting there turned out to be a challenge—though not in the way that one might expect. "It became very obvious very quickly that I had too much plot for one book. I think one thing a new writer overestimates is how much plot you can fit into one novel. It's less than you think." She added a layer of complexity that even many veteran writers would shy away from: "And then to complicate things I wanted to have three books based on three different fairy tales that told a complete narrative from start to finish, but it also had individual plot arcs within the three books." 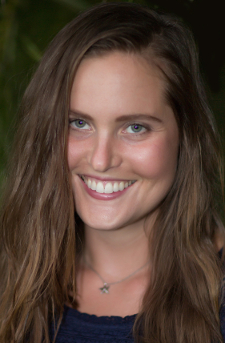 As she did when she chose the time in which to set her historical fantasy, Arden selected fairy tales that are not well-known to American readers. Still, she knew there was one character from Russian mythology that needed to appear at some point. "You can't do a Russian fairy tale novel, I don't think, without at least having Baba Yaga make a cameo." But the majority of the fairy tales and their characters will be new to many readers. "I really tried to draw from like lesser-known mythological characters and mythological instances and historical incidents to make it fresher," Arden said. "There are many versions of Baba Yaga out there, but I've never read a book about the character Midnight, for example. Or even Morozko. It was an attempt to broaden readers' horizons beyond the old standbys."

As readers of The Bear and the Nightingale know, the story of the Frost King Morozko—"my personal favorite fairy tale"—is the tale that opens the novel. A few chapters later, Vasya encounters Morozko himself in the Russian forest at winter and survives the encounter through her bravery, launching a strange friendship with the powerful and unpredictable king of winter and death. As she discovers all too quickly, however, the king of death will nonetheless come for those whom Vasya loves.

The three-novel arc of Arden's Winternight trilogy is a familiar one to those who know the hero's journey (or to anyone who has watched the original Star Wars trilogy): The hero is called to adventure, the hero struggles through challenges often partially of his or her own making, and the hero is transformed into someone stronger and wiser. Vasya discovers and explores her new powers of speaking with  invisible nature spirits in The Bear and the Nightingale. In The Girl in the Tower, Vasya's powers grow stronger, but she underestimates her enemies and overestimates herself, putting not only her family but the wider Russian world at terrible risk. Battered and near-broken at the beginning of The Winter of the Witch, Vasya realizes that she must rethink how she tackles the looming crisis that could destroy herself and her country.

But before that realization, Vasya hits a low point that will knock readers' breath away. "Can we tell readers who read The Winter of the Witch to read the whole book before they get mad at me?" Arden asked. She's already received a number of unhappy emails.

She's right, though, to ask readers to put their trust in her. Our review of The Bear and the Nightingale said, "While I think there are only a dozen or so novels in this world that have a perfect ending, I would put The Bear and the Nightingale high on that list." The ending of The Winter of the Witch also wins a spot on that "great ending" list.

A hugely satisfying ending like that always leads to the question: What's next?

While Arden has been writing a series of middle-grade horror novels set in Vermont—Small Spaces (September 2018) and Dead Voices (August 2019)—she has also been working on a new adult fantasy novel, this one a standalone. "We haven't announced it yet," she said, a smile in her voice, "so I'm just going to leave it at that."

Katherine Arden's The Bear and the Nightingale, The Girl in the Tower, and The Winter of the Witch have all been chosen as Best Books of the Month by the Amazon Books editors.